Rabbi Chaim ben Moshe Attar, the legendary Or Hachaim, author of the famed Chumash commentary of the same title, was born in Sale, in the western part of Morocco, in 1696. Sale’s role in Jewish history is defined solely by the fact that it was the birthplace of the Or Hachaim.

From the biographical notes authored by the distinguished editor of the first English translation of the Or Hachaim, Rabbi Eliyahu Munk, we learn of the following:


“His family appears to have migrated there from Moslem Spain. The meaning of the name Attar is ‘spice-merchant.’ His principal teacher was his grandfather. The family was well-to-do and Rabbi Attar acquired a reputation as an embroiderer of repute. In 1732, while still a young man and in his hometown, he published a volume called ‘Chefetz HaShem’ on a variety of Talmudic subjects. He was forced to leave his home due to persecutions and went to Meknes. From there he went to Fez where he remained for a few years.

“There are many legends concerning the accomplishments of Rabbi Attar including one which purports that he said that the 42 commentaries on Vayikra 26:3, were divinely inspired. He acquired a reputation as a miracle worker, hence his title, ‘Hakadosh, the saintly.’ Some apply this title merely to the work Or Hachaim. This commentary was printed in Venice, Italy, while Rabbi Attar was on his way to Eretz Yisrael.

“In 1738 Rabbi Attar decided to realize his desire to immigrate to Eretz Yisrael. His resolution was aided by a famine, which prevailed throughout Morocco at that time. He intended to found a yeshiva in Jerusalem.

“On his way to Eretz Yisrael, Rabbi Attar arrived in Livorno, Italy, where he was appointed rabbi. He remained there for about three years and on the first of Av 1741, in spite of all the attempts to dissuade him from leaving, he set out for the Holy Land. He took with him 30 disciples [originally 150] planning to land in Alexandria and to proceed from there to Jaffa.

“The captain of the vessel decided to proceed to Acre instead. The group arrived there shortly before Rosh Hashanah, 1742. He remained there for about ten months. Rabbi Chaim Abulafia made strenuous efforts to persuade Rabbi Attar to move to Tiberias, however, in the end Rabbi Attar decided to move to Jerusalem where he died the following year.

“One of the most remarkable things about Rabbi Attar is that Chassidim related to him as if he had been one of their own, though Chassidism had only just begun when its founder, the Baal Shem Tov, received news of Rabbi Attar’s passing by mental telepathy.”

Another remarkable fact concerning the Or Hachaim is that he is the only Sephardi commentator in most editions of the Mikra’ot Gedolot, a point that is little recognized today.

Two Chumash English editions of the Or Hachaim, one completed, the other just started, exist today.

The first, by Rabbi Munk was published in five English-only volumes in 1995 by Lambda Publishers in Jerusalem and distributed by Urim Publications. Rabbi Munk was born in Frankfurt on Main, where he was educated at the Samson Rafael Hirsch Realschule and the yeshiva of the late Rabbi Joseph Breuer, zt’’l. He continued his education at the famed Gateshead Yeshiva in England. Rabbi Munk’s introduction to the first volume warrants your close attention for its careful analysis of Rabbi Attar’s method of commentary.

Recently, ArtScroll released the first volume (Shemos) in its Or Hachaim Chumash series, with full Chumash text, a vocalized Hebrew text of the Or Hachaim commentary, and an English commentary. This commentary is also found in an elucidated form, an ArtScroll scholastic trademark, which expands further upon the deeper meaning of Rabbi Attar’s commentary. This elucidated form is further enhanced with detailed footnoting that gives the reader a profound understanding of the depth of the meaning of both the original text as well as that of the commentary. When completed, this series will surely further enhance the popularity of the Or Hachaim’s teachings as now being carried out by Rabbi Yochanan Cohen’s weekly Thursday Or Hachaim shiur in Cedarhurst’s Red Shul.

Note should be made of the role played by the following scholars in the development of this series:

Also, one geographic sidebar: In the Old City of Jerusalem there is a street named in memory of the Or Hachaim and on this iconic street, standing side-by-side, is the Or Hachaim Shul were he prayed, and the more recent Yeshivas Birchas Torah, a very special center for Torah learning which deserves your attention on your next visit to Eretz Yisrael. 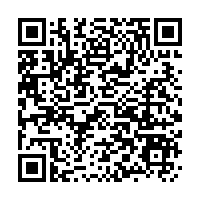