According to PETA’s website, their team spent seven weeks at the meat packing plant. That’s over 70,000 minutes. Yet their “worst of” video lasts only several minutes. The “long” video which was used by hundreds of people worldwide to condemn the facility lasts about 10 minutes.

At one point during my tour of the facility, I was standing on the killing floor at a distance of about 4 feet. I witnessed a large number of cattle being killed – one at a time. However, unlike the PETA video, these cows didn’t walk around after they were killed. I suppose if I had waited around, I might have been able to witness such a sight. Although, I might have needed to wait for about seven weeks before I would see something like that. It is a rare phenomenon like that of seeing a “chicken running around with its head cut off.”

One criticism the PETA campaign makes is with regard to turning the animal upside down with the head in a lowered position below the body. The PETA campaign suggests it would be better to cut the animal’s throat while the animal is standing. However, if the animal were standing, the blood would not quickly drain out. Therefore, its death and suffering would be prolonged. By having the animal turned upside down, the blood is forced toward the largest arteries in the animal’s body so that when its throat is cut, the blood (and life force) rapidly leaves the animal’s body. If one is going to conduct kosher slaughter, this would likely be the most humane way to do it.

Another claim of the PETA campaign was that the animals consistently suffered and took a long time to die. From what I witnessed, the animals did not take a long time to die. They were dead in a matter of seconds. Factories and production facilities of all kinds are very efficient. Ethics and animal welfare aside, it would not be in the best interest of business efficiency and profitability to have the production facility slowed down while animals suffer. It is in the best interest of the facility to have animals quickly and instantly killed. This is what I saw. It met kosher and Federal standards that require a quick death and it also met the demands of a production line that must keep moving at a rapid rate. Nobody had time to wait around watching animals suffer.

Upon seeing the PETA video footage, Iowa’s Secretary of Agriculture, Patty Judge, stated that she was “disturbed” by kosher slaughter practices. This is probably the conclusion that many came to regarding the Jewish Kosher practice. This seems to be the primary aim of the PETA campaign – to turn public opinion against kosher slaughter. If this is the case, PETA is placing a higher priority on anti-Semitism than it does on animal welfare.

After Iowa’s Secretary of Agriculture visited the plant and saw the procedure first hand, she stated, “This was the first time I had an opportunity to see kosher slaughter [in person] … Slaughter is never pleasant, but it was humane, quick, and I have no problem with the way those animals were being treated … The rabbis slaughtering the chickens were much more gentle than my grandmother was on our farm when I was a child.”

PETA’s effort at protective colorization by cozying up to kosher authorities and meat packing plant inspectors seems a bit out of place, feigned, and artificial to me.

Something else that bothers me about PETA’s campaign is their use of secret surveillance. We liberals are arguing that President Bush should be impeached for authorizing the surveillance of U.S. citizens and suspected terrorists. The PETA video is a clear example of a violation of privacy. Such practices should not be condoned. How can liberals engage in practices that they would have a president impeached for?

I believe the PETA campaign against AgriProcessors is another example of activism gone bad. In fact, their campaign significantly undermines the cause of animal welfare by suggesting that there might be a more cheerful and acceptable way to kill and eat animals. Imagine having a lawyer who argues in your defense, but then ultimately decides that it’s okay to slit your throat and serve you up for dinner as long as you don’t suffer too much in the process. This seems to be what PETA is asserting.

If you are interested in promoting animal welfare, here are a few simple suggestions:

*Don’t pretend to be someone you aren’t.

*Don’t be a fanatic.

*Have some meat-eating friends and let them see how happy and healthy you are without eating meat.

*Be tolerant of people who aren’t exactly like you.

*Recognize that some people (indeed many people) will not change in their lifetime and that social change happens over many years.

*Don’t criticize what someone is doing unless you have a complete and viable alternative to offer them.

*Don’t try to become an overnight authority (and critic) about someone else’s religious practices.

*If you are a vegetarian and/or an animal rights activist, consider writing to PETA and requesting that they remove the outdated and misleading video from their website. Ask them to publish a public apology denouncing secret surveillance and urge PETA to stop taking actions that are counterproductive to the animal rights movement and the promotion of vegetarianism.

May you all be blessed with a sweet and productive New Year. 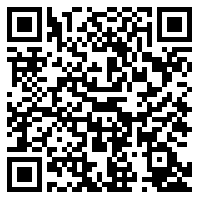