It is one of Torah’s great visions. Jacob, alone and far from home, lies down for the night, with only stones for a pillow. He dreams of a ladder set on earth but reaching heaven, with angels ascending and descending. The question is: what is it a vision of?

There are many answers in our tradition, but the simplest is – prayer. Jacob, according to the sages, established Ma’ariv, the evening prayer. He himself gives the most moving account of his experience: When Jacob awoke from his sleep, he thought, “Surely the Lord is in this place, and I did not know it.” He was afraid and said, “How awesome is this place! This is none other than the house of G-d; this is the gate of heaven.”


Only in hindsight do we appreciate the resonances of this sentence. A synagogue is a “house of G-d.” Prayer is “the gate of heaven.” The result of prayer – if we have truly opened our hearts – is to know that “G-d is in this place, and I did not know it.”

There is, though, one nuance in the text that is missed in translation, and it took the Chassidic masters to remind us of it. Hebrew verbs carry with them, in their declensions, an indication of their subject. Thus the word ya’dati means “I knew,” and lo ya’dati, “I did not know.” When Jacob wakes from his sleep, however, he says, “Surely the Lord is in this place v’anochi lo ya’dati.” Anochi means “I.” In this sentence, it is superfluous. To translate it literally we would have to say, “And I, I did not know it. Why the double “I”?

To this, Rabbi Pinchas Horowitz (Panim Yafot) gave a magnificent answer. How do we come to know that “G-d is in this place”? By v’anochi lo ya’dati – not knowing the I. We know G-d when we forget the self. We sense the “Thou” of the Divine presence when we move beyond the “I” of egocentricity. Only when we stop thinking about ourselves do we become truly open to the world and the Creator of the world.

This answers some of the great questions about prayer. What difference does it make? Does it really change G-d? Surely G-d does not change. Besides which, does not prayer contradict the most fundamental principle of faith, which is that we are called on to do G-d’s will rather than ask G-d to do our will? What really happens when we pray?

Prayer has two dimensions – one mysterious, the other not. There are simply too many cases of prayers being answered for us to deny that it makes a difference to our fate. It does. I once heard the following story: A man in a Nazi concentration camp lost the will to live – and in the death camps, if you lost the will to live, you died. That night he poured out his heart in prayer. The next morning, he was transferred to work in the camp kitchen. There he was able, when the guards were not looking, to steal some potato peelings. It was these peelings that kept him alive. I heard this story from his son. Perhaps each of us has some such story. In times of crisis we cry out from the depths of our soul, and something happens. Sometimes we only realize it later, looking back.

Prayer makes a difference to the world – but how it does so is mysterious. There is, however, a second dimension that is not mysterious. Less than prayer changes G-d, it changes us. Literally, the Hebrew verb l’hitpallel, meaning “to pray,” means “to judge oneself.” It means to escape from the prison of the self and see the world, including ourselves, from the outside. Prayer is where the relentless first person singular, the “I,” falls silent for a moment and we become aware that we are not the center of the universe. There is a reality outside. That is a moment of transformation.

If we could only stop asking the question, “How does this affect me?” we would see that we are surrounded by miracles. There is the almost infinite complexity and beauty of the natural world. There is the Divine word, our greatest legacy as Jews, the library of books we call the Bible. And there is the unparalleled drama, spreading over 40 centuries, of the tragedies and triumphs that have befallen the Jewish people. Respectively, these represent the three dimensions of our knowledge of G-d: creation (G-d in nature), revelation (G-d in holy words), and redemption (G-d in history).

Sometimes it takes a great crisis to make us realize how self-centered we have been. The only question strong enough to endow existence with meaning is not, “What do I need from life?” but “What does life need from me?” That is the question we hear when we truly pray. More than prayer being an act of speaking, it is an act of listening – to what G-d wants from us, here and now. What we discover – if we are able to create that silence in the soul – is that we are not alone. We are here because someone, the One, wanted us to be here, and He has set us a task only we can do. We emerge strengthened and transformed.

More than prayer changes G-d, it changes us. It lets us see, feel, and know that “G-d is in this place.” How do we reach that awareness? By moving beyond the first person singular, so that for a moment, like Jacob, we can say, “I did not know the I.” In the silence of the “I,” we meet the “Thou” of G-d. 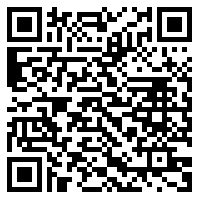