The AP further attempts to spin a narrative of Jewish encroachment of Arab Jerusalem by the use of selective figures. Thus, Laub and Daraghmeh report: “Some 1,000 Jews have moved to Arab areas of the Old City since the 1980s. About 3,000 settlers live in Arab neighborhoods near the Old City.”

According to a 2013 report on Israel’s Channel 10, at the time there were 3,378 Arab Jerusalem residents living in the Jewish sector of Jerusalem, including to neighborhoods like Beit HaKerem, Nachlaot, and the German Colony. This figure does not include Jerusalem Arabs who have opted for Israeli citizenship.

Ahmed Sub-Laban, Nura’s son and a researcher at Ir Amin, the organization which claimed that Palestinians like the Sub-Laban’s are victims of discriminatory use of Israeli property laws, boasts: “We built a campaign no one can ignore.”

Indeed, out of that campaign came AP’s “Palestinian eviction case spotlights Jerusalem settler push.” The story, more than anything else, spotlights a journalistic failure. 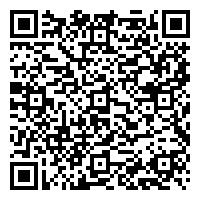