1) By any objective standard, Israeli democracy is as robust and pluralistic as any in the world. There are no restrictions on any form of protest or advocacy, including very fierce and unpopular criticism of the government and military. No other democracy can claim to have greater freedom of expression, despite more than six decades of war and terrorism; threats of annihilation; and in parallel, the challenges of developing a cohesive society based on numerous divergent communities scattered for generations as Diasporas, many of which do not have traditions of pluralism and democracy.

2) Like other Israelis, I am aware that we are not a perfect society. As in others nations, we have flaws, and it is our responsibility to correct them. But aggressive campaigns to greatly exaggerate these imperfections, as part of the ongoing effort to delegitimize Israel facilitated by the soft-power of groups not subject to any democratic accountability, should not be assisted by a United Nations framework focusing on freedom of expression and freedom.

3) Israel systematically protects the rights of its minority populations to freedom of expression and to protest. For example, each year, Israeli police forces and government institutions facilitate Gay Pride parades in Jerusalem Tel Aviv, Haifa, and Eilat; marches on Human Rights Day; protests by the Islamic movement; and to mark the murder of Yitzhak Rabin.

4) Mass demonstrations on socio-economic issues were held in Summer 2011, and attest to Israel’s dynamic civil society and a culture of advocacy and peaceable protest. Israeli police facilitated these activities, blocking off roads and granting permits. The government responded to protestors’ demands positively, in the form of a task force to address their claims.

5) During the “Arab Spring,” where thousands were murdered at the hands of their own governments, protestors in Egypt, Tunisia, Syria and elsewhere were quoted as taking inspiration from the peaceful social protests that took place during the summer in Israel. This highlights the Israeli commitment to free expression.

6) In contrast, the history of reporting by UN frameworks on human rights in Israel has been characterized by biased mandates, false and unverifiable allegations, double standards, and hypocrisy – from Jenin (2002) through Goldstone (2009), as well as reports by special rapporteurs Jean Ziegler, John Dugard, and Richard Falk.[1] The results have been highly counterproductive in promoting human rights. I am here today to engage with the Special Rapporteur, and to contribute to an accurate report that will not repeat the flaws and negative impacts of previous UNHRC reports related to Israel.

7) The geopolitical context resulting from over six decades of conflict and violence, including the results of the 1967 war – particularly the Israeli control of disputed territories that had been occupied in 1948 by Jordan (the West Bank), and by Egypt (Gaza) and the ongoing political stalemate, presents a unique and highly complex situation. In this context, allegations of human rights violations are part of political or soft-power warfare that accompanies the hard-power attacks and violence. Such accusations should not be accepted at face value, and must be tested against credible evidence that is independently verifiable.

8 ) Therefore, NGO Monitor urges the Special Rapporteur to subject accusations from organizations and individuals regarding the state of freedom of expression in Israel to careful scrutiny and independent verification, and to avoid erasing the context of these allegations.

1) Israel has a vibrant civil society: a free and highly critical press, and an NGO sector with tens of thousands of groups across the political, social, and ideological spectrum engaging in often intense debate.

2) The Israeli public, media, government and Knesset (legislature) are conducting an intense debate on the massive and unique level of foreign government funding for highly political non-governmental organizations (NGOs).

3) This debate includes questions on and criticism of the unfair advantage gained by a very narrow group of political advocacy civil society organizations that receive massive and often secret funding from foreign (mainly European) governments. Major concerns exist regarding the lack of accountability for these organizations, their “democratic deficit,” non-transparent funding processes, and impact of these resources. This political manipulation and lack of transparency is unique in the case of European government funding for a narrow group of Israeli NGOs, and constitutes a blatant violation of democratic norms.[2]

4) In and of themselves, the fierce public debate and numerous failed legislative proposals affirm the strength of Israeli democracy.

5) A concerted political campaign by a narrow group of powerful NGOs uses slogans claiming “anti-democratic behavior” to intimidate critics. This campaign, including the denunciation of the very discussion of preliminary legislative proposals as entirely illegitimate, seeks to prevent this political debate. Partisan allegations from NGOs should not be taken at face value; in a democracy, groups claiming to speak in the name of human rights have no immunity from criticism and public debate. 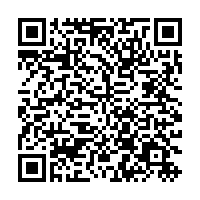