When it comes to fighting Islamist terrorism, there are few parallels to Bangladesh Prime Minister Sheikh Hasina in the world today. Ever since she came to power in 2009, she has , true to her land’s liberal composite tradition, been tough to those who have distorted the religion of Islam to serve their own petty interests.

Given the nasty role Jamaat-e-Islami has played in this regard, her government’s focus has been to sideline this outfit completely in the country. In August 2013 the Bangladesh Supreme Court declared Jamaat-e-Islami illegal . Under the International Crimes Tribunal in 2010 her government began prosecution of war crimes committed by the leaders of Jammat-e-Islami who were associated with Al Badr, a force created by Pakistan Army to silence the Bangla movement for independence in the 70s . Al Badr was involved in killing, rape and torture of those who supported secession from Pakistan then.


This prosecution has already brought some of the notorious Jammat leaders to justice. According to reports, early this week the Bangladesh Supreme Court upheld the death penalty to Jamaat-e-Islami leader Mohammad Kamaruzzaman for his crimes, including mass murder and rape in 1971. Kamaruzzaman was one of the key organisers of Al Badr then . He was acting president of Islami Chhatra Sangha, the Jamaat’s students wing, in Mymensingh in 1971 and became a ‘chief ’ of the vigilante militia in the greater Mymensingh region. He was awarded death penalty by Bangladesh’s International Crimes Tribunal-2 in May 2013 for killing over a 100 people and for the rape of women. The verdict on his appeal was kept pending on completion of hearing in September this year.

This verdict came just a day after Mir Quasem Ali, chief of the Chittagong unit of Al Badr in the 70s — was found guilty of murder, torture and abductions. A little earlier , Motiur Rahman Nizami, then supreme commander of Al Badr and now Jamaat-e-Islami chief, was awarded capital punishment for his role in execution of intellectuals, mass killing, rape and loot in 1971. Pertinently, early this year the apex court commuted the death sentence of top Jamaat leader Delawar Hossain Sayedee to life imprisonment for his war crimes. Last year the Supreme Court awarded death penalty to Jamaat leader Abdul Quader Mollah for his crimes against humanity. Mollah was executed in December last year .

The determination of the current Bangladesh dispensation in fighting terrorism can be discerned also in its cooperation with India in the wake of the October 2 grenade explosion in Burdwan (West Bengal) . Reports have it that since the West Bengal state vigilance probe into this blast pointed at Bangladeshi militants, the Hasina government has been cooperating with India in nabbing the culprits . It has asked for information regarding the IED explosion. This cooperation has been increased after New Delhi decided to hand over the Burdwan case to its National Investigation Agency. Dacca has been trying to find out the details of the blast and the involvement of Bangladeshis, if any, so that it could more effectively contribute to India in eliminating terrorism and militancy .

However, the Hasina government’s commendable crusade against Islamist militants seems to have put its life at severe risk . If one scans various reports on the recent investigations conducted by India’s National Investigation Agency on the Burdwan blast, it becomes clear that India has increasingly become a safe haven for the Islamist militancy dangerous not only for India but also Bangladesh. Those behind the Burdwan blast were planning to go after Dhaka (not New Delhi) right now.

The reports suggest that after the Bangla government’s crackdown in 2006 and execution of four members in 2007 for their role in widespread bombings in 2005, many alleged Islamist terrorists started turning up in India ( and the Middle East). The Bangla militants have been using Bandarban and Chittagong as launch pads to set up modules in India . These cadres land first in Madhyan Gram, train locals there and then send them to West Bengal, Meghalaya and Assam to set up terror modules. The splinter groups working for the Jamaat-ul-Mujahideen Bangladesh include : Ansarulla Bangla, Jamayatul Muslimeen, Hepajat Islam and the Tanzim Tamiruddin. 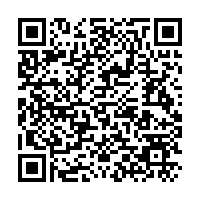