Under Turkish dominion, Jews were able to emigrate from Salonika. The newcomers also busied themselves with trade, craftsmanship, and professions. In the harbor there were Jewish barges and stevedores in no small numbers.

Sources report of a lively synagogue life in the 15thand 16th centuries. The oldest three-barged synagogue dated from the time of the order of Christian knights.


At the turn of the 20th century there was an exodus to the Asiatic mainland; nevertheless there remained behind about 4,000 Jews of a total population of 30,000.  Since then, this number has not been much reduced.

In most recent times one can even observe in Rhodes a cultural advance. In 1927 there was established a rabbinical high school, which also offered secular education in Italian, with Italian literature, and provided the community with spiritual leadership. In what is a sign of the times, the leader of this institution is a Talmud teacher and a doctor of law from the University of Zürich.

On the island of Cos there is evidence of a Jewish settlement from the second century BCE.  There were pilgrims from Cos to the great temple in Jerusalem. King Herod furnished the Jewish academy with decorations and presents.

In later times, Cos regularly received migrants from Rhodes, for example in 1685, when a new Jewish community was founded. The synagogue which was built in 1747 stands there to this day. The Jews of Cos support themselves though trading of wine and oil. Even as late as 1850 there still lived 50 Jewish families on the island, but only a third of this number still existed there in 1933. There is no rabbi, and they fall under the aegis of the rabbinate on Rhodes.

Lesbos is the largest island in the Aegean archipelago, and lies near the west cost of Asia Minor. It is also called Mytilene, and had an established Jewish population in ancient times. In 1170 Benjamin of Tudela found ten small Jewish communities there.  Nothing more is known about the history of Jews on Lesbos. In 1930 about 100 Jews lived on Lesbos.

At different times Lemnos was inhabited by Jews, but a larger community never arose there.

Next month: Crete and Corfu. 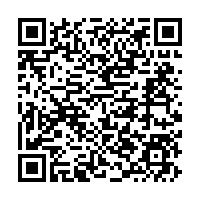