On Sept. 29, U.S. President Donald Trump set out his nationalist political philosophy in his address before the United Nations General Assembly. Arguing that the nation-state is the best guarantor of human freedom and liberty, Trump set up a contrast between “patriots” and “globalists.”


“The future does not belong to globalists,” he said.

Jewish nationalists, that is, Zionists, could hear their core convictions echoed in Trump’s statement. Israeli political philosopher Yoram Hazony made much the same argument in his book “The Virtue of Nationalism,” which was published last year.

One of the regimes most opposed to nationalism is that of Iran. Iran’s leaders view the regime not as the government of the nation of Iran, but as the leader of a global jihad, which will end with the regime’s domination of the world, in the name of Islam—not Iran.

Anti-Semitism is one of the animating doctrines of Iran’s regime. Iran’s leaders subscribe to genocidal Jew-hatred. They use their commitment to annihilating Israel and war against the Jewish state as a means to build legitimacy for their regime and revolution throughout the Islamic world.

In his speech, Trump highlighted the regime’s anti-Semitism and its commitment to annihilate Israel.

Trump also excoriated the Arab world for refusing to recognize Israel’s right to exist, saying, “Fanatics have long used hatred of Israel to distract from their own failures.”

Rather than earning him plaudits, American Jews were caustic in their response to Trump’s speech. Britain’s Independent reported that several American Jews condemned Trump’s speech as anti-Semitic. For instance, Laura Seay, a political science professor in Texas tweeted, “So … Trump condemns anti-Semitism in the same speech he started with anti-Semitic code language like ‘globalism.’”

A couple of weeks before Trump delivered his address to the United Nations, the leaders of the Reform movement published a pre-Rosh Hashanah statement on the movement’s website. Rather than concern themselves with Jewish continuity or spiritual renewal, the statement was a long diatribe against Trump.

Among other things, they alleged, “Since taking office, President Trump’s words and actions have sowed division, spread fear, and expressed hateful views that go far beyond the legitimate expressions of policy differences that characterize healthy political debate.”

The question is, what has the Reform movement done for American Jews? According to a few hundred Jewish demonstrators who congregated outside New York City Hall on Sept. 22, the answer is: nothing.

The purpose of the demonstration was to demand that city officials take effective action to stem the rising wave of anti-Semitic attacks in the city.

According to a report published in May by the New York Police Department, from January through May of this year, New York City experienced an 83% rise in hate crime. Fifty-nine percent of hate crimes in the city are directed against Jews, and anti-Semitic attacks have risen 90% in the past year.

Morton Klein, the president of the Zionist Organization of America, was the only leader of a major Jewish organization among the participants. Aside from two New York City councilmen, no Jewish politicians attended the event. New York Senator Charles Schumer wasn’t there. Neither were any of the Jewish representatives from New York.

The Union of Reform Judaism also didn’t send a representative.

The Jewish victims in New York are not Reform Jews. They are ultra-Orthodox Jews. And they don’t live in Manhattan. They live in Brooklyn.

Shortly after the NYPD released its hate crimes report, New York’s Mayor Bill De Blasio held a press conference in Brooklyn. There he insisted that the anti-Semitic assaults are the work of the far right. In his words, “I think the ideological movement that is anti-Semitic is the right-wing movement.”

He added, “I want to be very, very clear, the violent threat, the threat that is ideological is very much from the right.”

Unfortunately for De Blasio, there are no neo-Nazis in Crown Heights and Williamsburg. The perpetrators of the attacks against his city’s Jewish community are not Trump voters. They are his voters.

Most of the perpetrators are African Americans, and as such, like the Reform Jews, they are members in good standing of the progressive camp in American politics.

The liberal Jewish establishment in America is far more comfortable talking about neo-Nazis than black anti-Semites. That is a large part of the reason that in its annual reports on anti-Semitic attacks in the United States in 2017 and 2018, the Anti-Defamation League tried hard to give the impression that most anti-Semitism in the United States emanates from the political right, and is inspired by President Trump. But the facts point to a different conclusion.

The report’s most alarming finding is that faculty members are playing a central role in propagating and inciting anti-Semitism on campuses by pushing academic boycotts of Israel. Their decisive role—and the fact that their actions are largely backed by university administrators—indicates that anti-Semitism has become institutionalized in American academia.

Rather than fight against this dangerous state of affairs, major Jewish groups have been diffident in their responses. While anti-Israel groups like J Street oppose legislative initiatives to penalize companies that boycott Israel, other liberal groups, like the ADL, sit on the fence. They give lip service to anti-BDS laws while grousing incoherently that supporting the penalization of those who discriminate against Israeli Jews somehow breaches the First Amendment or otherwise causes undefined harm to the Jewish community.

The frustrating fact is that these liberal Jewish organizations could make a difference if they wished. If major Jewish groups, including the Reform movement, were to wage a serious, sustained campaign against U.S. academia’s institutionalization of anti-Semitism, liberal politicians would be doing much more than they have been to combat the phenomenon.

Notably, as they hem and haw, the same Trump administration which the liberal Jewish establishment regularly accuses of unleashing anti-Semitism is taking steps to curtail the scourge of academic Jew-hatred.

Last month, for instance, the Education Department sent warning letters to Duke University and to the University of North Carolina after they used federal funds to finance an anti-Semitic conference.

Which brings us to the ultra-Orthodox Jews in Brooklyn. The attacks against the Jews of Crown Heights, Williamsburg and Boro Park are serious and growing more frequent.

Jews walking down the streets are beset by assailants who call them “Dirty Jew” and beat them with sticks and fists. Jews are sideswiped with bricks. Jewish women are assaulted, their head coverings violently removed. Synagogues are vandalized.

The violence against the Jews of Brooklyn is reminiscent of the black community’s violent pogrom against the Jews of Crown Heights in 1991. In August 1991, more than 180 members of the Chabad community were injured in a three-day, four-night pogrom carried out by African and Caribbean American rioters. Yankel Rosenbaum, a visiting student from Melbourne, Australia, was beaten and stabbed to death.

One of the main black leaders who incited the pogrom was Rev. Al Sharpton, the self-styled civil rights leader. Despite the fact that Sharpton never apologized for stirring up the mass violence against the Jews and then maintaining it for days after it first began, over the past decade, Sharpton has risen in stature in the Democratic Party to the point where Democratic presidential hopefuls make pilgrimages to him in the hope of securing his endorsement. MSNBC gave him a show.

And, in recent months, as the Jews of Crown Heights again absorb blows from their African American neighbors, the Reform Jewish movement has joined Sharpton’s fan club.

On Rosh Hashanah, the tony East Side Synagogue honored Sharpton at its service. In May, the Religious Action Center of the Reform movement held a conference in Washington, D.C., titled “Consultation on Conscience.” They invited Sharpton, whom they touted as a “civil rights leader,” to speak.

Rosenbaum’s brother Norman Rosenbaum decried the RAC’s decision to invite Sharpton in an op-ed in the Washington Examiner. “Sharpton has never apologized or shown any remorse for his actions during the 1991 Crown Heights Pogrom,” he noted.

“How pathetic it is that the Religious Action Center’s conference is titled ‘Consultation on Conscience.’ That organization, in having Al Sharpton speak, only demonstrates that it has none,” he concluded.

The liberal Jewish leadership’s decision to pretend away progressive anti-Semitism is not unhinged. As a decade of survey data has shown conclusively, their communities are in a state of demographic collapse. With the lowest fertility rates in America, with the majority of non-Orthodox Jews intermarrying and with Jewish literacy at an all-time low, the liberal Jewish establishment seeks to retain its members by embracing their lowest common denominator.

That commonality is not Judaism. It is progressivism.

In light of the data, facing mass assimilation and a membership with an increasingly weak sense of Jewish identity, many non-Orthodox Jewish communities now conflate progressive politics with Jewish identity. By serving as a political outlet for their members, the apparent thinking goes, these non-Orthodox communities hope to retain their members.

For the American Jewish community to survive this clash, the leaders of the community need to begin fighting for their rights as Jews. Unfortunately, at present, there is little reason for optimism. 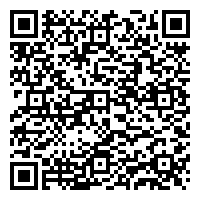