The current US administration has been advocating the freezing of Israeli settlement activity in Judea and Samaria, and so have several global players involved in the peace process. Evidence on the ground, however, seems to suggest that freezing settlement activity only fuels radicalism and terrorism, encourages delegitimizing Israel, deprives Palestinians of decent livelihoods and works significantly against achieving the long-sought peace. On June 4, 2009, when President Obama addressed the Muslim world from Cairo, he said: “The United States does not accept the legitimacy of continued Israeli settlements” because they “undermine efforts to achieve peace. It is time for these settlements to stop.” Since then, the U.S. has relentlessly been pressuring the Israeli government to freeze the construction of settlements, eventually resulting in a ten month freeze of settlement activities by the Israeli Prime Minister Netanyahu. At one point, Netanyahu demanded that the Palestinian Authority recognize Israel as a Jewish state in exchange for Israel’s settlements’ freeze, an offer the Palestinian Authority had refused.

Pressure on Israel to freeze its settlement activity is also advocated by UN chief Ban Ki-moon, who earlier this year called on Israel to halt settlement activity as “goodwill gesture” to the Palestinians. Israel has given such “goodwill gestures” to the Palestinians before, but the reciprocal gestures were never as good-willed. In exchange for “goodwill gestures,” Israel gets concussions. After Israel pulled out of Gaza in 2005, driving its own Israeli settlers from their homes by force, Hamas utilized the withdrawal for its propaganda, claiming it was a victory over Israel, and then started firing more Kassam rockets from Gaza into southern Israeli cities. After that, Hamas took over the entire Gaza strip by force from the Palestinian Authority and has been ruling there ever since.

It seems the concussions Israel keeps getting from its “goodwill gesture” in Gaza have extended to neighboring Egypt. In an article published by the Washington Institute in January 2012, seasoned Israeli journalist Ehud Yaari reports that since Israel’s 2005 withdrawal from Gaza, the Sinai Peninsula has become a major base for terrorists’ infrastructure, with the Bedouins becoming more radicalized and aiding Hamas with illegal trade. Arms smuggling into Gaza has risen to a record high, with “ever-larger sectors of the northern Sinai population becoming linked to Gaza and falling under the political and ideological influence of Hamas and the like.” All of this leads the inhabitants of the Sinai to think that they are entitled to become another terrorism forefront.

Concussion outcomes from Israel’s withdrawal from land are nothing new. When Israel withdrew from southern Lebanon in 2000, the Shiite terrorist group Hezbollah quickly expanded the presence of its militants in southern Lebanon to the point of launching an unprecedented rocket attack on Israel in 2006. Why wouldn’t an expansion of an Israeli settlements freeze or a total Israeli withdrawal from Judea and Samaria only lead again to an explosion in terrorist activities as has been the case in other places? Precedents suggest the outcome will not be different.

What is strange is how casual the world has become about asking Israel to stop building settlements on its own land. For example, last May, German President Joachim Gauck called on Israel to make “a goodwill gesture” in its settlement policy. Considering the historical sensitivity between Germany and Israel, one would think the German president would be more cautious about undermining Israel’s right to build homes on its own soil. What can be seen is that the demonization of settlers and settlements has become so regular that it is reaching the point where the delegitimization of Israel is becoming legitimized — probably just what the delegitimizers were hoping for.

The question about the legitimacy or legality of the settlements by itself is puzzling: historically, Judea and Samaria are legitimate parts of Israel — you just have to look at the evidence. The Balfour Declaration by which the British government confirmed that it favoured “the establishment in Palestine of a national home for the Jewish people … and will use its best endeavours to facilitate the achievement of this object,” was incorporated into the Sèvres peace treaty with Turkey and the British Mandate for Palestine, which was legally commissioned to Great Britain by the League of Nations, the equivalent of today’s United Nations, thus making Israel’s control of the entire British Mandate for Palestine — including Judea and Samaria — an internationally legitimate right. Since the draft of the Mandate was formally confirmed by the Council of the League of Nations on 24 July 1922, it would seem to be in accord with international law. 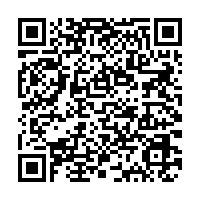