Everyone knows what a “total loss” is: the general loss of a vehicle’s value as the result of an accident, when the vehicle becomes either impossible or impractical to repair and is sent for scrap metal.

It seems that Egypt’s situation today very much resembles a “total loss” situation following a series of accidents and misfortunes that it has experienced over the past two years, since Mubarak was sent to the defendant’s cage. As long as he was in power, the country was functional. And although it did not function well, there was a sort of dictatorial stability. But since he was overthrown nothing works in that dismal country, whose residents number today ninety million. Egypt is like a car with ninety million problems, and to describe it as a “total loss” is to understate the situation.


The problems began on November 11, 2011, with the resignation of President Mubarak after the demonstrations against him degenerated into a state of general chaos, prompting the minister of defense, General Tantawi, to demand that Mubarak step down in order to calm the raging street. Tantawi took the reins of power for half a year, to stabilize the governmental system and then transfer it to the civilian branch, the dictatorial stability of the Mubarak era turned into public chaos with increasingly anarchistic characteristics, despite the fact that the group in power had won the right to rule democratically. It seems that the governmental situation in Egypt will become a new concept in the field of political science: “democratic anarchy” or “anarchistic democracy”.

Despite Egypt’s having a president, an army, police and judicial system, it seems that these components of government do not all function as one system, but rather each one behaves according to it’s own private agenda, as if it exists as a separate country: the public elects a parliament and the court disperses it, the president issues edicts overriding the laws of parliament and the court cancels his edicts, the majority of the public elects a president but large sectors of the public want to get rid of him, an Islamist president is elected but he is forced to manage the state according to laws that contradict Shari’a, the Bedouins in Sinai are citizens of Egypt, but they behave as if Egypt is their enemy.

The straw that broke the camel’s back was when seven soldiers were kidnapped in Sinai. The Bedouins kidnapped them in order to pressure the government into freeing some imprisoned Bedouins, and Morsi found himself between a rock and a hard place: if had given in to the Bedouins, thus freeing the soldiers this would have been interpreted – and rightly so – as the state surrendering to a violent group of criminals, and this surrender would have encouraged them as well as other groups to take similar steps to achieve their ends.

In such a situation, when every law breaker can pressure the government to submit to his demands, there is no state. So what can be done? Attack the Bedouins with a large military force? This is problematic because the present government claims to have a religious basis, and how can such a regime kill Muslims?

The government again had to play according to the rules of the desert, where anyone who has a request must close the deal with the tribal heads. The struggle between the state and the Bedouins will continue in the next round, which is just a matter of time. Because the state has not yet freed the Bedouin prisoners accused of terrorist activity, and their liberation was the original reason for kidnapping the seven soldiers.

And this was not the first time that the Bedouins have challenged Morsi’s government: last August they murdered 16 soldiers, and during the past year they attacked a police station and security patrols, and sabotaged the gas pipe that provides Egypt with its livelihood. The Bedouins collaborate with Hamas and there were rumors that the kidnapped soldiers were already in Gaza. The families of the kidnapped soldiers appeared in the media and put pressure on the government to submit to the kidnappers demands, and Morsi had already requested and received religious permission to fight the Bedouins from the Mufti of Egypt. The army wanted to seal the tunnels that connect Sinai with the Gaza Strip, and Morsi feared Hamas’ negative propaganda and Hamas’ big brother, the Emir of Qatar. 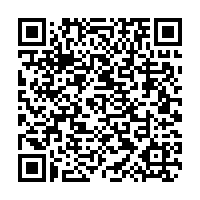