We are all aware of the dismal state of Turkish-Israel relations, which deteriorated as a result of a long line of events: Operation Cast Lead (December 2008-January 2009), the Davos meeting between Peres and Erdoğan (January 2009) and the cancellation of the joint naval maneuver (that was to take place in October 2009). The Mavi Marmara incident (May 2010), plunged the relationship between the two countries to a new low.

Neither country hosts the other’s ambassadors. The investigative committees that functioned over the past two years failed to bridge differences of opinion. Each has demands of the other and the state of affairs between them seems to be “stuck”.


Yet, there are many people in Israel andTurkey who are very dissatisfied with the present condition of relations between the countries and long for the warmth and brotherhood that characterized the cooperation in many areas in the past.

And behind the scenes, some Turkish friends of Israel are working to improve the relationship between the two countries. One such person is Adnan Oktar, a Turk and a Muslim author who has been, for the past twenty-five years, publishing books and articles under the pen-name, Harun Yahya, dealing with issues regarding Darwinism, Communism, history, philosophy and religion.

Oktar has accumulated a good amount of support over the years. According to the Royal Islamic Strategic Studies Centre of Jordan, in 2010 he was among the fifty most influential people in the Islamic world today, for his dissemination of creationism in an Islamic context and other extensively distributed publications on Islamic topics.

After the attacks of September 11, 2001, Oktar published a book in which he claims that true Islam rejects terror and since then he has been endeavoring to promote inter-faith dialog and to encourage mutual understanding. In his articles and books he often quotes the prophets of Israeland the vision of redemption and global peace that they gave to the world.

Oktar has accumulated more than a few rivals who try anything to silence him: He was accused, for example, of being Holocaust denier because a book under the title “The Holocaust Lie” was falsely published under his pen-name in 1995.

Because of his public support for the right of the Jewish people to live on the land of its fathers with sovereignty, independence and in true peace with its neighbors, whether Arab, Turkish, Iranians or others, his detractors claim that he is actually an agent of the Mossad.

As an Islamic thinker, Oktar prefers to conduct a dialog with believing Jews, because he finds a common cultural basis with them. To him, a God-fearing Jew is his brother, as is any person in the world who believes in God. Abraham – the “Father of Many Nations” – is the ancient father of all monotheists, and therefore there is no reason that they should bicker over anything. Peace, brotherhood and cooperation between people are the supreme values in the eyes of the Creator, and therefore war, conflict and death are contrary to His will.

These beliefs moved Oktar to invite to Turkey a delegation of religious Knesset Members and other notables, for a series of meetings with Turkey’s political echelon,  specifically the religious Justice and Development Party (the AKP), which has ruled Turkey since 2002.

The Israeli delegation included Members of Knesset Rabbi Nisim Ze’ev and Rabbi Yitzhak Cohen, who is also deputy minister of the treasury. Other prominent religious figures included the rabbi ofGeneva, Rabbi Dr. Yitzhak Dayan and Rabbi Benjamin Abramson, an adviser to the Sanhedrin. I participated as well.

Oktar and his organization provided complete funding for the meetings and members of both delegations including flights, accommodations, transportation and strictly kosher food for the Israelis.

The delegation conducted two days of hearings, one inAnkara,Turkey’s capital, and one in Istanbul. The discussions included dozens of people from the boiling cauldron of Turkish politics, most of whom are members of the AKP.

It is important to note that the AKP is not homogeneous. It has many shades and variations. Just try to imagine a religious party in Israel that includes Satmar, Shas, Degel Hatorah, Aguda, Mafdal (now the Jewish Home), as well as the Conservatives and the Reform. The wolf will live with the lamb and the tiger will lie down with the kid before such a party is established in Israel. 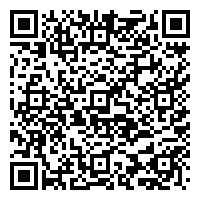