One of the biggest complaints of the Syrian regime against the involvement of Qatar in Syria during the past two years is that the Emir of Qatar has been utilizing all of his wealth in fighting the wrong enemy: instead of fighting Israel, which is the true problem of Arabs and Muslims, the Emir of Qatar uses his strength and wealth in a fight against the “resistance” regimes, mainly Syria and Libya, who take a strong stand against Israel and Zionism. Qatar does not usually respond to accusations of this sort, because everyone knows that Israel has always been used to hide the real problems of the Arab and Muslim world, which center around corrupt, rotten, cruel and illegitimate regimes.

However, the Syrian propaganda has ultimately succeeded. Last Tuesday (March 26th), while the Jewish people celebrated the first day of the holiday of freedom, the Arab League summit met in Doha, the capital of Qatar and took two important decisions: one was to arm the Syrian opposition, which also includes – as everyone knows – some al-Qaeda style jihadi groups, such as ” Jabhat al-Nusrah,” to oust Bashar Assad and his regime from the  institutions of the League and to make the Syrian opposition the official representation of Syria in these institutions. And indeed, behind the sign for “the Syrian Arab Republic” in the summit conference, sat Muath al-Khatib, head of the coalition of Syrian opposition organizations.


The second decision was to establish a fund of a billion dollars in order to strengthen the Arab and Muslim character of Jerusalem, and to add a sense of validity and resolve to this decision, Qatar announced that it is donating a half billion dollars to the fund. According to the decision, the fund will serve to finance projects and plans to strengthen the resolve of the residents of Jerusalem and to strengthen the Palestinian economy so that it will be able to free itself from dependence on the Israeli economy. “The Islamic Development Bank” was appointed to manage the fund.

In parallel, the summit conference decided to form a delegation of ministers headed by the prime minister and foreign minister of Qatar, Sheikh Hamad bin Jassim al-Taib, and it will include members from Jordan, Saudi Arabia, Palestine, Egypt and Morocco as well as the secretary-general of the League. The function of this delegation will be to pressure the American government in the Palestinian matter in general and the issue of Jerusalem in particular.

The question at the moment is whether to relate seriously to Qatar’s intentions, especially in light of the fact that in about one more month we will mark forty-six years of the unification of Jerusalem. This number is important, because in another four years the Islamic world will mark fifty years of the loss of Jerusalem and its return to the Jewish bosom, and an era of fifty years has a symbolic significance of permanence and perpetuity. Our assumption must be that Qatar relates to the matter of Jerusalem with total seriousness, for several reasons:

First, Islamic rule in East Jerusalem, and especially in the area of the Temple Mount, implies, according to Islam, the abolition of Judaism, and is supposed to prove the Islamic notion that Islam has come into the world in order to replace Judaism and Christianity. Muslims cannot tolerate Jewish rule on the Temple Mount because from their point of view it means that Judaism has again become a relevant religion after Islam had superseded it when Islam arrived in the world in the seventh century C.E.

Second, because more than anything else, Jewish rule on the Temple Mount symbolizes the Israeli victories over the Arab world in the wars since 1948. This is an insult to the Arab honor and Islamic pride.

Third, there is not and cannot be another interpretation in this matter: the Jews can live as “dhimmis” (a protected people) of Islam as long as they accept upon themselves the limits that the Muslim regime places upon them, and in no way can they be permitted to live as sovereign and ruling masters on the land and in the places that Islam has consecrated for itself such as the Temple Mount, which, since the end of the seventh century, has been called “the al-Aqsa Mosque.” 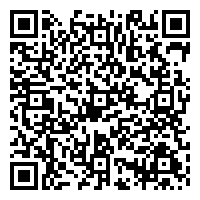