I’m not naïve enough to think that better PR would solve all of Israel’s international relations problems. But there’s no question that incompetent PR makes its situation much worse. As one example, consider Tuesday’s shocking revelation: Within about 24 hours of the most high-profile civilian casualty incident of the 2009 Gaza war, Israel had obtained evidence casting doubt on its responsibility for that death. But it sat on this evidence for more than eight years, finally releasing it only as part of a defense brief in a civil suit by the victims’ father.

The incident in question took place on January 16, 2009, when Israeli troops fighting in Gaza came under sniper fire. The troops fired two shells at an observation post that seemed to be directing the snipers. The observation post was located on the third floor of a building which, unbeknownst to the soldiers, was also the home of a well-known doctor, Izzeldin Abuelaish. Three of Abuelaish’s daughters were killed, along with one of his nieces; several other family members were wounded. Abuelaish, who worked in Israel, maintained good relations with Israelis and advocated for Israeli-Palestinian peace, later became famous worldwide when he published a book about this incident and his response to it, called I Shall Not Hate. Israel was blamed worldwide for the Abuelaish casualties and never publicly challenged the assumption of its guilt. Yet it now turns out that within a day after the incident, it had evidence indicating that its shells may not have caused the carnage.

The evidence came in the form of laboratory tests conducted on six pieces of shrapnel extracted from the two casualties treated in Israel (the other wounded weren’t brought to Israel, nor were any of the dead, so no shrapnel from the other victims was available). The tests showed that alongside traces of various explosives used by both the Israel Defense Forces and Hamas, at least one fragment contained an explosive called R-Salt, which isn’t used by the IDF but is commonly used in improvised explosive devices in Gaza. Moreover, all six fragments contained potassium nitrate, another substance not used in IDF weaponry that is used in Hamas’s homemade Qassam rockets.

A follow-up report a month later, which compared the shrapnel to the specific type of Israeli shells fired, concluded that four of the six fragments could not possibly have come from those shells; a fifth “may have come” from an IDF shell, and apparently, no conclusions were possible about the sixth.

All of the above indicates that Hamas or a smaller Palestinian organization was using the house as a weapons cache. According to the IDF, there is no other way to account for the presence of non-IDF explosives in the shrapnel.

This in no way implies culpability on Abuelaish’s part; Palestinian terrorists routinely store weaponry in civilian houses without the owners’ consent or even knowledge. But it does raise the possibility that the Israeli shells, which were intended to take out the observation post without significant damage to the house, would not have caused such extensive casualties had the house not contained a concealed weapons cache–something the soldiers couldn’t have known–which exploded when the shells hit. And if so, then Israel clearly isn’t responsible for the deaths: It used a reasonable amount of force to respond to a legitimate military threat and could not have foreseen the deadly consequences.

One of the most common accusations leveled at Israel by its critics is that because it possesses precision weaponry capable of feats like destroying a single room without damaging the rest of the building, any civilian casualties it causes must be the result of criminal negligence at best and deliberate murder at worst. That conclusion is obviously possible only if you ignore various salient facts, such as that mistakes are inevitable in wartime when soldiers must often make split-second decisions based on imperfect information.

But one of those salient facts is Hamas’s habit of storing arms and ammunition in civilian houses–without, obviously, informing Israel of the caches’ locations. This means that no matter how carefully Israeli troops choose their munitions, they have no way to protect against the possibility that an arms cache they didn’t know about will set off secondary explosions, resulting in far more extensive damage than they intended.

This fact is essential to understanding why the blame for most civilian casualties actually rests not with Israel, which does try hard to use proportionate military force, but with Hamas, which deliberately endangers its own civilian population by hiding weapons in their houses. Yet since it is frequently not well understood overseas, Israel has every interest in publicizing high-profile examples as heavily as possible.

Instead, it sat on its information about the Abuelaish case for eight years. The lab report was kept so secret that even Abuelaish’s lawyers didn’t know of its existence until last week, although the suit was filed back in 2010. And then, having finally been forced to disclose the report to defend against the lawsuit, the government nevertheless made no attempt to publicize it; it came to light only because a reporter took the trouble to read the defense brief and realized that the information was newsworthy.

Obviously, information like this won’t change a single Israel hater’s mind. But there are many people of goodwill, especially overseas Jews, who sincerely want to believe that the IDF strives to avoid civilian casualties, but can’t understand why, if so, they nevertheless keep occurring.

Israel has many valid answers to that question, including the fact that its civilian-to-military casualty ratio is actually lower than that of other Western armies. But these answers are useless if it doesn’t take the trouble to publicize them. Sitting on exculpatory information about a high-profile case for eight years is hardly the way to assuage its supporters’ concerns. 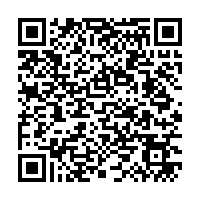