Palestinian Authority President Mahmoud Abbas recently resigned from his position as chairman of the Palestine Liberation Organization’s Executive Committee. My sources inside the top PLO ranks told me about ‎this move weeks before it actually happened. They allege that “Abbas wants a soft exit from his ‎position as president” because “he knows the PA is dying and he does not want to be there when ‎the PA officially ends.”‎

While we hear all kinds of guesses about the reason behind Abbas’ move, two things are certain: ‎Firstly, Abbas’ resignation is a first step toward giving up power. This does not necessarily mean ‎he will resign from the presidency tomorrow, but it means that he no longer controls the PLO, ‎which controls the PA. This is like British Prime Minister David Cameron ‎resigning from his position as leader of the Conservative Party, but keeping his position as prime minister.‎

Secondly, Abbas’ resignation has now sparked speculation about who will fill his place if and ‎when he leaves.‎

Considering that Abbas is in his 80s and nobody lives forever, there is a legitimate question ‎of who will fill the gap once he leaves, whether he resigns because of ill health or simply passes ‎away in his sleep.‎

So, who will be the next PA president?‎

The first name that comes to mind is Palestinian General Intelligence Agency chief Gen. Majid ‎Farraj. Farraj comes from Dheisheh refugee camp in Bethlehem, which makes him closer to the ‎average Palestinian than most PA leaders who arrived there from Tunisia or Lebanon. Farraj ‎enjoys a reputation for fighting terrorism, including that coming from the PLO, itself. Farraj has ‎been running Palestinian intelligence very effectively, keeping its use of violent means against ‎the Palestinian opposition to the “necessary” minimum. ‎

Farraj also has extensive experience fighting terror in cooperation with the Mossad, the ‎CIA (which trains his men to this day), and the British Secret Intelligence Service, MI6. This was evident in the breakthrough operation in which Palestinian intelligence helped the CIA ‎locate and arrest a fugitive Libyan terrorist, Abu Anas al-Libi, in his hometown in Libya.‎

Farraj would make an effective, decent and capable PA president, but there is a problem: The ‎PA’s strongmen fear that Farraj’s effectiveness and his proximity to the Americans would make him ‎‎”too strong of a president for them”; for example, he could easily lock them up for corruption or take away their perks. Also, Farraj is relatively young, in his 50s, which does not sit well ‎with PA/PLO old guard leaders, who believe they have more merit to lead the PA and who are ‎capable of causing trouble for Farraj once he is in power. “Trouble” could mean launching and ‎financing another intifada to make him look weak or force him to step down. I can ‎authoritatively confirm they can do that if they want to.‎

Another likely candidate that comes to mind is Jibril Rajoub, former head of the Palestinian “FBI,” ‎the Preventive Security Force, and a member of the PLO’s Central Committee. Rajoub comes from ‎Hebron and enjoys the support of its clans, and that is exactly his problem; Palestinians generally ‎view Rajoub as serving only Hebron’s Arab and not leaving room for outsiders to gain any kind ‎of influence. This allegation rings true for Rajoub; he rarely hires anyone from outside of Hebron, and all of those around him who have benefited from his influence were from ‎Hebron, too. ‎

That’s not his biggest problem, though. When he was head of the Preventive Security Force, he was known for corruption, bullying and racketeering. His associates terrorized, blackmailed, jailed, and tortured anyone who stood against them. This has turned Rajoub into a man generally hated by the Palestinians. He enjoys serious influence within the PA ‎and PLO because of his Hebron-tribal lobby, but average PA residents may never accept him. They probably view Abbas as a better option.‎‏ PA heavyweights seem to hate the man with a ‎passion, and he will never be able to control them or their militants.‎

Another possible candidate is Abbas Zaki, a Hebron native and a strong member of the PLO’s ‎Central Committee. My PLO sources confirm that the man is very influential and plays politics “like ‎no other Palestinian politician,” and is reportedly a master of manipulation who could never be ‎ignored even by Mahmoud Abbas, himself. He pulls many strings and many owe him favors. Nonetheless, he is viewed by many PLO members as a bully and even a racist Hebron native who ‎sides only with other Hebron natives. He is generally hated by Palestinians, but he is strong ‎enough to take a huge chunk of the new PA if and when Abbas leaves. Zaki may rule as ‎president but he will be strongly contested, especially because he does not compromise, and therefore would leave his opponents with nothing, making them willing to cause ‎unrest and even seek anarchy.‎

Salam Fayyad‎, the former prime minister, stands out as a professional and decent ‎technocrat who is very logical when it comes to peace with Israel. Nonetheless, PA factions see ‎him as “a mere civilian, not a freedom fighter” who was parachuted into his position by the Americans. ‎He could be a perfect president, but I doubt he will be able to attain any ‎serious respect or obedience from the PLO. PA officials might see him as an easy target and try to ‎topple him through anarchy. In that case, Israeli and American support will not help him for too ‎long.‎

Ahmed Qurei, who served as prime minister for three terms, is a candidate the U.S. ‎might prefer because he has worked extensively with the Americans. Nonetheless, the man’s ‎financial history is stained with allegations of corruption. One of the worst of these is a rumor ‎that his cement company supplied Israel with material to build the West Bank security barrier while he publicly spoke against it. Whether true or not, the man is ‎negatively viewed by the Palestinian public; this, I have seen firsthand. In addition, he ‎provoked many PA officials when he was in office by cutting their perks while allegedly ‎allowing these to his loyalists. The Americans might force him in but the PLO might also force ‎him out quickly.‎

Other names, such as Nabil Shaath and Saeb Erekat, are on the screen but none of them has the ‎power, influence, muscle or popularity to keep the PA intact.‎

Mohammed Dahlan is one strong candidate. He served as Arafat’s security chief and ‎remains influential to this day. Nonetheless, his feud with Abbas and the rest of the PA makes ‎him their enemy, and it is very unlikely that they would ever tolerate him as the next president. Besides, they have been accusing him of “poisoning” Arafat.‎

Abbas may never have a strong successor, and thus the PA territories are likely to fall ‎into various levels of turmoil once he leaves. Common sense dictates that Hamas will ‎try to infiltrate the West Bank further, as it has been doing, slowly but surely.‎

All of this leaves Israel with no options for the PA, which means that Israel may have to take over ‎the PA areas if endless unrest breaks out.‎

If that ever happens, I can authoritatively confirm: While the Palestinian public hates Israel, it prefers the lifestyle that Israel once brought to the West Bank over the PA’s corrupt rule. This is what ‎their leaders, tribal figures, intellectuals and even students told me in extensive ‎interviews that I conducted over a two-month period last summer, which I have published.‎

One thing is certain: For the PA and the West Bank, you can expect the unexpected.‎ 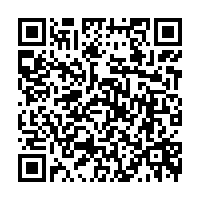