Egyptian activists seem to believe that Egyptian actor Adel Imam — possibly the most famous Arab actor — took Mubarak’s side amid the Egyptian revolution that toppled him in 2011. As a result Imam has been blacklisted by Egyptian activists. Nonetheless, Imam has made a comeback with a miniseries that is full of anti-Semitism and demonization of Jews and Israel. Is this just plain hate for Jews or is it a stunt by Imam to win the public? And if so, what does it mean for Egypt and the Arab world?

First, it is worthwhile to examine who Adel Imam is. In 1994, the Los Angeles Times described Imam as a popular actor, noting that: “His expressive and not particularly handsome face has become the mirror of the Egyptian middle class, with its tribulations, celebrations and frustrations.”

In fact, Imam’s popularity earned him the position of a Goodwill Ambassador for the United Nations Higher Commission for Refugees (UNHCR). On its website, the UNHCR notes that Imam “mobilizes many other celebrities, business community and media for the refugee cause.” Furthermore, the UNHCR’s website edition of Imam’s biography describes him as the “Arab Charlie Chaplin,” and the “most famous actor in the Arab world.”

The above strongly suggests that Imam is, indeed, a heavyweight Arab celebrity. Nonetheless, Adel Imam’s popularity suffered a major blow when he allegedly sided with the Egyptian regime amid the revolution that toppled President Hosni Mubarak in 2011. Shortly after Mubarak was overthrown in February 2011, Dubai-based TV network Al-Arabiya reported that Adel Imam had been blacklisted by Egyptian political activists of the 25 January revolution, along with other Egyptian actors and actresses, because Imam was one of the “Egyptian actors, musicians, and media figures that showed support for the country’s former President Hosni Mubarak.” Al-Arabiya confirmed that Imam’s pro-Mubarak stance was “the big surprise” for Egyptians as “it contradicted his previous leading roles in many nationalist and anti-establishment films”. However, Al-Arabiya notes that this should not be a surprise as Imam was known to be a close friend of Mubarak’s family. Since then, Imam made several media appearances, including one on Al-Jazeera, claiming he was supportive of the revolution, but his name remained on the blacklist, signifying the potential damage to his career.

This July, Imam made a comeback with a miniseries titled “The Naji Attalla’s Squad.” The miniseries will air all through the Muslim holy month of Ramadan which began on July 2th for most Muslim countries. The Naji Attalla’s Squad tells the story of Naji Attalla, a retired Egyptian military officer serving as a senior diplomat at the Egyptian embassy in Tel Aviv, where he runs a thriving gambling business under the cover of his diplomatic immunity. Attalla draws the attention of the Israel Security Agency — better known as the Shabak — who freeze his assets because of the unexplained funds compared to his income. Choosing to take revenge, Naji Attalla (Imam) puts together a group of ex-servicemen who had served under him, with the purpose of going to Israel to rob Bank Leumi where his frozen assets are kept.

In an interview with the Egyptian Private TV network, Dream, Imam described the mini-series as “A historical landmark.” Let’s see what Imam’s “historical” miniseries has looked like so far.

Imam’s first appearance in the miniseries begins with him telling a joke. Imam says: “One time, a Jewish guy went to France, he found a French girl, he spent a night with her and then gave her 50 Euros, the next day, he spent another night with her and gave her 50 Euros. The third night was the same and the fourth was the same. The lady got impressed, she told him: A generous Jew? 200 Euros in one job! I love Jews now and by the way my aunt lives in Tel Aviv, the Jewish guy responded: I know, as she’s the one who sent you the 200 Euros”.

In another scene, Imam is shown making another joke about Jews being too cheap to a laughing and an impressed Jewish Israeli real estate agent. In another scene, an Egyptian diplomat who was newly-appointed to serve in Tel Aviv is shown telling Imam how he feels like he is in a nightmare for having to live among Israelis, noting he could not forget “their despicableness…and our folks still getting killed in Gaza and Palestine,” to which Imam responds “it is better to get know your enemy…in order to know how they think, as they (the Jews) have always been trying to learn how we think.”

Essential vs. Non-Essential: A Pesach Lesson of the Pandemic 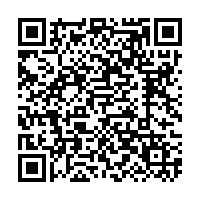