Iran is on a winning streak. As it sprints towards the nuclear finishing line, it finds itself – and its allies and clients – being wooed by one and all. In contrast, Israel has never been more isolated.

Last week Iran ran laps around the Obama administration. Just as President Obama prepared to bask in his diplomatic triumph of convincing Russia and China to join the U.S., Britain and France in supporting additional sanctions against Iran at the UN Security Council, Iran played him for a fool.

The Turkish-Brazilian deal has two problems. First, it speeds up, rather than slows down, Iran’s acquisition of quantities of enriched uranium sufficient to construct atomic bombs. And second, it looks remarkably similar to the deal Obama offered Ahmadinejad a year ago. Consequently, in order to criticize the deal, Obama needs to explain the deal he offered was foolish and his refusal to take his deal off the table after Ahmadinejad rejected it was unintentional. That is, to discredit the deal, Obama will need to admit he is a fool.

Since Obama is not interested in admitting his inanity, he is stuck trying to figure out how to convince Russia and China they should continue to support his sanctions resolution. And of course they won’t. The real beauty of the Brazilian-Turkish-Iranian nuclear weapons facilitation deal is that it blocks any possibility that any sanctions resolution against Iran will pass in the Security Council.

But then, whether Obama’s sanctions resolution passes or not is absolutely irrelevant. The proposed sanctions Obama was so excited about would have no impact whatsoever on Iran’s ability to acquire nuclear weapons. Most of the provisions of the draft sanctions resolution are voluntary. And they do not bar Russia from selling Iran its S-300 surface-to-air missile system.

Russia proclaimed last week that it intends to go ahead with the S-300 sale. In the event Iran deploys the S-300 system, it will become all but impossible for either Israel or the U.S. to use air strikes to destroy Iran’s nuclear installations. The military option for preventing the ayatollahs from acquiring the means to wipe Israel off the map and threaten the U.S. and its allies throughout the world will be effectively cancelled. Iran’s emergence as a nuclear-armed state will become a foregone conclusion.

Iran’s rising prestige as it makes its final strides toward nuclear power is matched by the empowerment of its allies and clients. South Korea’s assertion last week that North Korea torpedoed its naval ship in March and killed 46 sailors has led to no international action against Pyongyang. China will block any sanctions against North Korea in the Security Council.

America’s dependence on Chinese financing of its burgeoning national debt rules out any concerted move by the Obama administration to defend South Korea. Rather than support South Korean retaliation against North Korea, the administration has made do with congratulating South Korea for its restraint.

Then there is Syria. Syrian President Bashar Assad’s decision to transform his country into an Iranian client state has paid off in spades. The Obama administration reacted to Israel’s assertion last month that Syria is supplying Hizbullah with Scud missiles by restating its commitment to return the U.S. ambassador to Damascus. And Obama just sent Senator John Kerry, the chairman of the Senate Foreign relations Committee, to Damascus with yet another message of friendship.

But the Americans and Europeans were small potatoes in comparison to Russian President Dmitry Medvedev. This month Medvedev was the first Russian leader to ever visit the Syrian capital. During his stay Medvedev agreed to provide Syria with advanced air, land and sea platforms. He also agreed to build Syria nuclear plants to replace the one Israel destroyed in its September 2007 air strike. Similarly, Iran’s Turkish ally signed a deal with Moscow this month for Russia to build Turkey a nuclear plant and four nuclear reactors.

Then there is Iran’s Lebanese proxy Hizbullah. As Hizbullah chief Hassan Nasrallah celebrates the ten-year anniversary of Israel’s withdrawal from Lebanon, he has much reason to rejoice in his movement’s achievements. Today Hizbullah controls the Lebanese government and, through it, the Lebanese military. Amazingly, this fact hasn’t deterred the U.S. from supplying the Lebanese military with advanced weapons. Indeed, this week Obama welcomed Lebanese Prime Minister Saad Hariri to the White House as a U.S. ally despite the fact that his government is controlled by Hizbullah.

Hizbullah of course has no moderate elements. Its members of parliament and cabinet ministers that Brennan was so quick to romanticize share the same Iranian ideology of global jihad and Islamic revolution that Hizbullah’s 25,000 member Iranian-trained guerilla army upholds. And thanks to Iran and Syria, that guerilla army is armed not just with Scuds. For the past year at least it has fielded as significant arsenal of M600 guided surface-to-surface missiles whose 500kg warheads have a range of 250 km and are capable of reaching and bringing down skyscrapers in Tel Aviv.

Hizbullah is not simply a Lebanese proxy force. It is the advance guard of Iran’s global revolution. Hizbullah’s cells are located throughout the world. They give the lie to the notion that even if Iran is not prevented from acquiring nuclear weapons, the mullahs could still be contained.

The presence of Iranian-controlled Hizbullah cells from Michigan to Managua to Munich to Mogadishu means that the minute Iran has a nuclear weapons capacity it will be able to attack targets worldwide with nuclear devices – from dirty radiological bombs to actual atomic bombs. As a war game carried out earlier this month at Israel’s Interdisciplinary Center at Herzliya demonstrated, once Iran has nuclear weapons, military strikes against its nuclear installations will have little effect.

This week Turkey, Ireland, Sweden and Greece sponsored a flotilla of nine ships deployed to Gaza with the aim of providing aid and comfort to Hamas. This latest move is part of a joint leftist-Islamist campaign to coerce Israel into granting Hamas – an Iranian-controlled illegal terrorist organization – an outlet to international waters.

As the Hamas-supporting flotilla approached its shores, the Israeli Navy deployed in force to interdict the ships and maintain Israel’s blockade of Gaza’s coast in accordance with international law. In so ordering the Navy to block the ships from anchoring in Gaza, the Israeli government recognized that Israel’s national security trumps its international popularity.

The ascendance of the Iranian-led axis has been accompanied by the increased isolation of Israel and the downgrading of U.S. influence in the region and throughout the world. With Israel more alone today than it has been in decades, it must be hoped that the government uses the same logic it has adopted vis-?-vis the Gaza-bound flotilla when the time comes to move against Iran’s nuclear program.

Caroline Glick is senior contributing editor at The Jerusalem Post. Her Jewish Press-exclusive column appears the last week of every other month. Look for her next column in the July 30 issue. 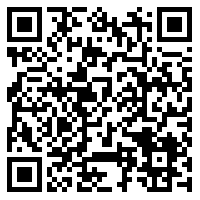