Like every major Islamist attack in Europe, last week’s terror attacks in Brussels left many Israelis wondering whether Europeans will finally understand what Israel faces. Unfortunately, such attacks are more likely to intensify anti-Israel activity in Europe. To understand why, it’s worth reading an article from the Islamic State magazine Al-Naba that propounds a surprising thesis: Jihad against Israel doesn’t take precedence over jihad anywhere else.


The article, translated by MEMRI, argued that the “Palestine first” slogan, which has reigned supreme for almost seven decades, has led good Muslims to ignore all the other places where jihad is no less necessary, or even more so. Indeed, it said, Muslims’ top priority should be purifying lands already under Islamic control, for both religious and practical reasons. Religiously speaking, “The apostate [tyrants] who rule the lands of Islam are graver infidels than [the Jews].” And practically speaking, defeating Israel won’t be possible without first destroying neighboring Arab regimes that are its “first line of defense.” Consequently, “Waging jihad with the aim of replacing the rule of the Jews with a regime like that of those who currently rule Gaza and the West Bank is jihad that is null and void,” because it would just replace infidel Jews with infidel Muslims.

But fighting Jews also doesn’t take precedence over “fighting the Crusaders and all the polytheists in the world,” the article stressed. In fact, “Muslims everywhere should fight the infidels nearest to them,” since that’s where they have the best chance of succeeding.

That last sentence sums up why Islamic State’s approach is Europe’s worst nightmare. For decades, Europe had a cushy arrangement: All the world’s jihadists were so fixated on Israel that they were willing to overlook longstanding hatreds against “Crusader” Europe, as long as Europe would help them wage war on Israel. As Manfred Gerstenfeld pointed out this week, many European countries — including Switzerland, Germany, France and Italy — tried to take advantage of this offer: They sought deals under which Palestinian terrorists could operate freely in their countries – usually without fear of arrest, but with swift release guaranteed if arrests were necessitated by American pressure – and in exchange, the terrorists wouldn’t attack those countries.

Not only did this largely protect Europe from jihadist terror, but it even seemed to avoid the main pitfall of most appeasement deals. The usual problem with appeasement is that the aggressor, after gobbling up the prey the appeaser threw him, then goes after the appeaser from an even stronger position, since one enemy is already out of the way. That, for instance, is what happened when Europe gave Hitler first the Sudetenland and then the rest of Czechoslovakia in 1938-39, only to see him turn around and gobble up the rest of Europe a year later.

But Israel, against all odds, showed no sign of collapsing; it kept getting stronger despite decades of unrelenting attacks. So to Europe, it must have seemed the perfect solution: The crocodile could keep attacking Israel forever, and Europeans would be permanently safe. All they had to do was make sure the beast remained fixated on Israel by maintaining a steady drumbeat of anti-Israel outrage.

Yet now, suddenly, that tactic no longer works – and like any weakling confronted with a bully, Europe is cravenly trying to divert the bully’s attention back to his former victim.

That’s precisely why Islamic State’s rise over the last few years has coincided with an upsurge in anti-Israel activity by European governments, including the European Union’s discriminatory decision to start labeling settlement products, moves by several European parliaments to recognize a Palestinian state, and France’s recent push for both an anti-Israel Security Council resolution and an international conference conducted under threat of recognizing “Palestine” if Israel doesn’t capitulate completely. All these are frantic efforts to restore the jihadist status quo ante – first, by refocusing world (and especially Muslim) attention on Israel, and second, by weakening Israel enough that it once again looks like a tempting target for jihadists, rather than one too strong to be tackled without first bringing down several other countries.

Eventually, a new generation of European politicians might figure out that this won’t work. Even if Islamic State is eventually pushed out of Syria and Iraq, its ideas are now loose in the jihadist universe and can’t be put back in the bottle; thus Europe would do better to team up with Israel against the common threat rather than helping the jihadists play divide and conquer. But for older politicians, veterans of decades in which diverting the crocodile’s attention to Israel actually worked, this paradigm shift will probably prove impossible. They are far more likely to keep escalating against Israel in a desperate effort to bring back those halcyon days when jihadists believed, as Al-Naba put it, “that no other issue should be raised until Palestine was liberated.”

And this brings us to the left’s standard recipe for improving relations with Europe – quitting the West Bank. As I’ve noted before, all available evidence rebuts the theory that territorial concessions can buy European love. But that’s doubly true if Europe is now seeking to divert the jihadists’ attention to Israel because it won’t be able to stop at giving them the West Bank. It will have to move on to encouraging them to attack pre-1967 Israel, which the jihadists also consider “occupied territory,” for the same reason Europe had to give Hitler the rest of Czechoslovakia six months after giving him the Sudetenland. Appeasement requires keeping the crocodile fed, so once he’s gobbled up one juicy tidbit, you have to throw him another.

In short, Israel’s relations with Europe will probably get much worse before they get better, if they ever do. All it can do is protect itself from the fallout as best it can by continuing to bolster economic and diplomatic ties with the rest of the world. 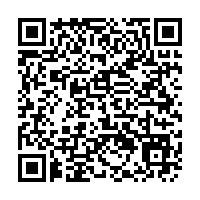