While it is not clear yet how much of the city the terrorists hold, what is clear is that Iraqi government forces collapsed and fled from the advancing ISIS attackers (“Islamic State of Iraq and al-Sham,” also called Islamic State of Iraq and Levant).  The collapse of Iraqi authority has been underway since Sunday, and the most recent reporting indicates thousands of local residents are fleeing to escape ISIS.

In conjunction with the persistent ISIS assault on Anbar Province, to the southwest, the attack on Mosul is a geostrategic one.  ISIS is, in fact, trying to position itself to eventually take over Iraq, and control the interior nexus between Iraq and Syria.

Mosul isn’t just any city in northern Iraq.  It’s the most important hub of government and commerce – and the reason for that is the same reason ISIS wants it.  Mosul sits astride the Tigris River, which forms one of two main approach corridors through western Iraq to Baghdad, the other being the Euphrates River.  (See maps. Map 2 shows the Euphrates corridor six months ago, from this analysis of the growing ISIS threat.)

Mosul is downstream from the extremely important Mosul Dam, which was built on a flawed construction premise in the 1980s and is in a precarious condition.  Central Iraq is heavily dependent on Tigris water, and if the guerrillas can hang onto Mosul, and the access points to the Tigris, they will sit between the river’s main reservoir in Iraq and its customers.

That is the same position they’ve been fighting for in Anbar Province along the Euphrates.  These guys aren’t stupid, and they’re not just blow-em-up-Allahu-akbar terrorists.  They’re executing, slowly but surely, a pincer move on Baghdad.  If ISIS has any hope of establishing itself on territory, it has to control some water.  In arid Iraq, water and lines of strategic approach are the same thing.

They’re also the lifeblood of civilization.  The farmers need water from the two great rivers, and so do the city-dwellers.  ISIS doesn’t have to be in charge of doling out the water, at least not at first.  The position its leaders aspire to – beyond holding what’s necessary to consolidate a territorial redoubt for themselves – is being able to threaten the water supply.  They are very close now to achieving that goal.

I do not assess that ISIS has a plan to literally attack Baghdad any time soon.  For the time being, ISIS wants to hold Baghdad at risk and be able to extort and snipe at the Maliki government.  Subverting Baghdad itself won’t be feasible until ISIS has established a broader base in both western Iraq and Syria.

What are ISIS’s chances of success?  The way to frame the answer is to recognize that conditions will have to change to defeat ISIS.  Iraq can’t do the job by herself.  Unless those conditions do change, ISIS has pretty good chances.

But conditions in the region are almost certain to change, as much as they need to, to defeat ISIS.  All three of Bashar al-Assad, Tehran’s mullahs, and Russia have reason to intervene to beat back the ISIS insurgency.  (There’s a significant presence of Chechens and Dagestanis – bane of Moscow – in the ranks of ISIS.  For the security of her entire southern flank, Russia needs to see the ISIS effort crushed.) 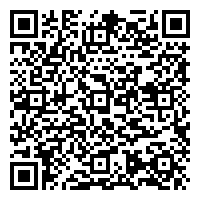