I’m very glad Congress and the president decided to make sure the uniformed military will get paid during the government shutdown.  That was the right thing to do.  The move averts a game-of-chicken mistake made in late 1995, when Bill Clinton was dispatching troops to Bosnia while their pay was in jeopardy.

As long as preparations are made beforehand, meanwhile, there’s enough in the trusts to make sure Social Security and veterans’ pension payments go out next month as well as this month. That’s a relief to millions of elderly who can’t just go start harvesting vegetables or sweeping floors if their checks don’t come in.  We can assume Congress will keep a sharp eye out for the potential problems, and make provision for them.


That leaves our Border Patrol, FBI, other federal law enforcement agents, federal firefighters, and air traffic controllers, some of the 80% of federal workers who will remain on the job during the shutdown.  At least some of them are reportedly being required to work without their latest-due paychecks being in the bank, until the government is “open” again.  It’s not fully clear how many or which of these workers are having to show up for work with their pay suspended.  I’ve seen reports that suggest some are being paid; other reports seem to indicate that law enforcement and essential-services people are working without pay (i.e., presumably, pay delayed, not “pay never coming”).

In any case, as happy as I am to see the EPA and other agencies off the job, I’m concerned about morale among the hard-working law enforcement and essential-services folks.  They do a tough job 24/365, and a lot is being asked of them today, and for as long as the shutdown lasts.

We can hope the shutdown will last only a couple of days.  Presumably, Congress will be looking out for these workers, and have a care for the hardships they will face if the shutdown goes longer than that.  (In extremis, much could probably be done, even within the current debt ceiling, through issuing IOUs to the Social Security trust fund.)  As with those in all professions, the younger workers – with kids, mortgage and college-loan payments, living paycheck to paycheck – will be the hardest hit.

If the shutdown does become extended, those who have the means can consider donating to organizations that provide a helping hand to these particular federal workers in their time of need.  Here are some links to get you started:

Federal Employee Education and Assistance Fund (especially for non-law enforcement personnel; air traffic controllers are members of the National Air Traffic Controllers Association, or NATCA, a labor union with some funding for mutual aid, as well as its own charitable foundation)

Note:  per the Washington Post summary at the first link, U.S. Postal Service workers should be getting paid on schedule.  Except for its annual requests for bailouts, USPS is “self-funding,” and should last through the shutdown, however long it goes. 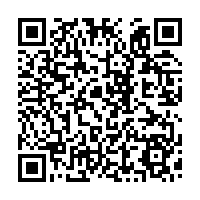