It turned out that nothing could prevent President Obama from firing one last shot at Israel. Despite the pleas of the Israeli government and the warning from his successor that failing to veto a biased UN resolution on the Middle East conflict would be deeply unfair and soon repudiated, the administration broke with decades of U.S. policy, abstained from voting on a resolution that condemns Israeli settlements, and abandoned the Jewish state to its enemies at the United Nations Security Council.

Today’s resolution brands the Jewish presence in any part of the West Bank or in parts of Jerusalem that were occupied by Jordan from 1949 to 1967 as illegal. And it makes the hundreds of thousands of Jews who live in those parts of the ancient Jewish homeland international outlaws. The excuse given by the U.S. was that increased building in the territories and Jerusalem is endangering the chances of a two-state solution. But, as I noted yesterday when the vote on the resolution was postponed, this is a canard. The reason why a two-state solution has not been implemented to date is because the Palestinians have repeatedly refused offers of statehood even when such offers would put them in possession of almost all of the West Bank and a share of Jerusalem. The building of more homes in places even Obama admitted that Israel would keep in the event of a peace treaty is no obstacle to peace if the Palestinians wanted a state. Rather than encourage peace, this vote will merely encourage more Palestinian intransigence and their continued refusal to negotiate directly with Israel. It will also accelerate support for efforts to wage economic war on Israel via the BDS movement. This lame duck stab in the back of America’s only democratic ally in the Middle East should only further encourage President-elect Donald Trump to make good on his promise to move the U.S. embassy to Israel from Tel Aviv to Jerusalem and let the world know that the new administration not only repudiates his predecessor’s betrayal but that the alliance is as strong as ever.

That will have to wait until January 20th and Obama’s exit from the White House. In the meantime, this is a moment for Democratic friends of Israel to apologize for eight years of excusing and rationalizing Obama’s growing hostility to the Jewish state. Though some will disingenuously argue that the president is trying to save Israel from itself, today’s vote must be seen for what it is. Freed of political constraints, the president finally showed his true colors by throwing Israel to the wolves at a United Nations where anti-Semitism and anti-Israel bias is integral to the culture of the world body.

This is a moment when those who have been in denial about the harm the president has done to the U.S.-Israel alliance should admit their mistake. But for the pro-Israel community as a whole, a bipartisan coalition of Republicans and Democrats, conservatives and liberals, this is a moment of anger that will hopefully be followed by a determination to work with the next president to repair the grave damage Obama has caused.

Trump’s State Dept. Holds Back Obama’s $221 million to the PA 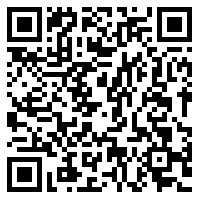