Europe has temporarily forgotten its financial problems. This is the summer of sports. In June the European football (soccer) championships are being held in Poland and Ukraine. In July, there will be three weeks of the Tour de France, the world’s most famous cycling race. And by August, Europeans will be watching this year’s Summer Olympics in London.

As usual, however, the Olympics are tarnished by ugly politics. Forty years ago, the 1972 Summer Olympics in Munich were marred by the murder of eleven Israeli athletes by the Palestinian terror group Black September. As the London Olympics are the tenth Olympic games since the Munich Olympics, relatives of the murdered Israeli athletes believe it would be appropriate if, during the ceremonies in London, a moment of silence were held for the eleven athletes massacred in Munich. Up till now the Olympic Games have never officially commemorated the murdered athletes with such a moment.


Normally, when an athlete dies, the International Olympic Committee honors him with a minute of silence. Two years ago, the 21-year old Georgian athlete, the luger Nodar Kumaritashvili, suffered a fatal crash during a training run for the 2010 Winter Olympics in Vancouver. The President of the International Olympic Committee, Jacques Rogge expressed his condolences on behalf of the entire Olympic community during his opening speech, while the Canadian and Olympic flags were flown at half-staff.

The same Jacques Rogge, a Count from Belgium, refuses to include such a moment of remembrance for the eleven murdered Israeli athletes, despite the fact that Rogge himself was present at the Munich Olympics as a member of the Belgian sailing team.

In 2004, Ankie Rekhess, a Dutch-born Israeli journalist and the widow of Andrei Spitzer, one of the athletes murdered in Munich, confronted Rogge during a press conference in Athens. “You yourself are an Olympic athlete,” she said. “Hence, you are a brother of the eleven murdered athletes. Why don’t you remember them in front of all other athletes? This concerns the entire Olympic family.” Rekhess received a standing ovation from the 300 people present in the room. However, in his reply, Rogge rejected the request, referring instead to friendship, sportivity and the necessity to keep politics out of sports.

For forty years, Ankie Rekhess has been working her way through the hierarchy of the Olympic Games, seeking to obtain a moment of silence for her husband and his colleagues. In 1996, she was interviewed by the Los Angeles Times after the rejection of her request for a similar moment during the Atlanta Olympics, the first one in which Palestine took part. “I don’t want to condemn anyone,” she said. “I simply want recognition for 11 athletes who came home in coffins 24 years ago.” Today, another 16 years later, Rekhess still has has not managed to persuade the Olympic Committee to honor those who were killed because they believed in the Olympic ideals.

After the Munich massacre in 1972, Rekhess saw the room where the athletes had been tortured and mutilated. “I saw pictures of what they had done to them and vowed no one would ever forget. That is why I want the moment of silence… to remember them all.”

In Simon Reeve’s 2001 book One Day in September, Ankie Rekhess recalls her husband’s idealism and attitude towards the Olympics: “[While strolling in the Olympic Village] he spotted members of the Lebanese team, and told [me] he was going to go and say hello to them… I said to him, ‘Are you out of your mind? They’re from Lebanon!’ Israel was at war with Lebanon at the time. ‘Ankie,’ Andre said calmly, ‘that’s exactly what the Olympics are all about. Here I can go to them, I can talk to them, I can ask them how they are. That is exactly what the Olympics are all about.’ So he went… towards this Lebanese team, and… asked them, ‘How were the results? I’m from Israel and how did it go?’ And to my amazement, I saw that the [Lebanese] responded and they shook hands with him and they talked to him and they asked him about his results. I’ll never forget, when he turned around and came back towards me with this huge smile on his face. ‘You see!’ said Andre excitedly. ‘This is what I was dreaming about. I knew it was going to happen!'” 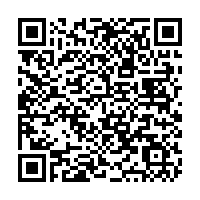