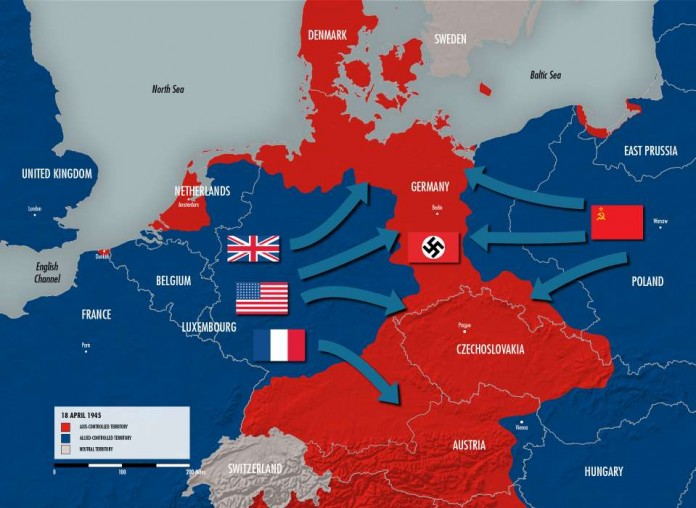 *Editor’s Note: This is part XVI in a series from Dr. Grobman. You can read Part XV, here

Although American Jewry remained critical of the Soviet Government’s attitude toward Russian Jews, the American Jewish Congress believed Russia’s entry into the war “brightened the hope for a speedier deliverance of all European Jews…from the Nazi yoke and had also raised a new hope that the termination of hostilities will bring Russian Jewry back into the brotherhood of Israel.”


To assist the Soviet Union in its war against Germany, American Jews supported aid to Russia, As the National Jewish Monthly, published by B’nai B’rith, stated in its December 1941 edition: “It is now generally recognized that all forces fighting Fascism must be supported, even when disagrees with them.” Opinion, an independent monthly, edited by Rabbi Stephen S. Wise, summarized the justification for aiding the Soviets when it declared this is “not for the Soviet’s sake, nor yet for England’s sake but for our own” that this assistance be given. The Contemporary Jewish Record, Der Tog and the Jewish Spectator stressed this assistance should not imply acceptance of Joseph Stalin and his totalitarian regime.

The American Jewish Congress was greatly encouraged by two developments. On July 30, 1941 the Soviet Union and Poland signed the Władysław Sikorski–Ivan Mayski Agreement, a treaty between the two countries to re-establish diplomatic relations. Under the terms of the treaty, thousands of Jewish prisoners were to be liberated. In Jerusalem, the Histadrut (the General Organization of Workers in Israel), proposed to send a delegation to meet with Soviet Jews.

Rabbi Stephen S. Wise was perhaps the most optimistic. In a New Years Message published in the Congress Weekly on September 19, 1941, he said “the worst is behind us. The light is before us. We have gone through years of darkness and horror, but they are soon to end.”

News from the Russian Front

Unfortunately, news from the front did not warrant such confident expectations. On October 2, the JTA, Der Tog and the Forward reported that Polish circles in London received information from many areas in Eastern Poland and the Soviet Ukraine about Jewish massacres conducted by Nazi troops behind enemy lines. The Contemporary Jewish Record in December, 1941 also carried this report. Thousands of Jews who failed in their attempt to escape with the retreating Soviet armies were “simply mowed down” by machine guns. The Germans were ordered to shoot the Jews because it required too much effort to transport them to ghettos.

On October 23, the JTA reported that Hungarian officers returning from the German-Soviet front observed thousands of Jewish corpses floating on the Dniester River in Eastern Europe that runs through Ukraine and then through Moldova. They estimated that in the Kamianets-Podilskyi region alone, ten thousand Jews were slaughtered. Many were “were machine-gunned while praying in their synagogues; others were massacred by Germans and Ukrainian units in in their homes and their bodies thrown into the river.”  The Hungarian officers predicted more of the same and noted that Jews in the German-occupied Ukraine were facing starvation and disease because they lacked food and medicine.

The Congress Weekly, Der Tog, and the Forward published this report on October 23,1941; The New York Times on October 26, 1941; and the Contemporary Jewish Record its December 1941 issue.

During August, Hungarian officials in the border region of Carpatho-Ruthenia, annexed to Hungary in 1938, expelled Hungarian Jews, whom they viewed as aliens, according to historian David Cesarani. The decision, which was made locally and not by the Germans, was achieved by the local Hungarian police. Approximately 18,000 Jews were transported to the border and from there taken into former Soviet territory as far as Kamianets-Podilskyi. Friedrich Jeckeln, Higher SS and Police Leader (HSSPF) of the occupied areas of Ukraine, who served as commanding SS General over one of the largest units of Einsatzgruppen, included around 8,000 Jewish men, woman and children from Kamianets-Podilskyi, and over a period of three days shot 23,600.

A pledge of “whole-hearted support” to the Jews in the Soviet Union in their fight against Hitler was broadcast on two New York radio stations, WMCA and WRUL, on October 26, 1941 the JTA reported. This half-hour program, sponsored by the Committee of Jewish Writers and Artists in the US, was beamed to Europe over short-wave by WRUL. The broadcast stressed American Jewry was prepared to make great sacrifices to help Russia and its allies to destroy Hitler and fascism. More than 175 Jewish writers, artists, clergymen, scientists, educators, musicians, and playwrights were on this committee. Speakers on this program included Dr. Joseph A. Rosen, longtime director of the American Jewish Agricultural Corporation, which settled thousands of Jews on farms in the Crimea between 1924 and 1938; Rabbi Joseph H. Lookstein, a leading American Orthodox rabbi; and Dr. Chaim Zhitlowsky, a prominent Jewish writer.

The next day, German radio stations announced Hitler “is determined to annihilate the Jewish race in Europe” in accordance with his speech to the Reichstag on January 30, 1939. In a speech broadcast live on all German radio stations nine months after he became Chancellor of the German Reich, Hitler declared:   ‘In the course of my life I have very often been a prophet and have usually been ridiculed for it. During the time of my struggle for power, it was in the first instance the Jewish race that received my prophecies with laughter – when I said that I would one day take over the leadership of the State, and with it that of the whole nation, and that I would then, among many other things, settle the Jewish problem.

I think that for some time now they have been laughing on the other side of their face [laughter]. Today I will once more be a prophet. If the international Jewish financiers, inside and outside Europe, succeed in plunging the nations once more into a world war, then the result will not be the Bolshevization of the earth, and thus the victory of Jewry, but the annihilation of the Jewish race in Europe!’

The announcer observed that the “Jews have seen fit to ignore the Fuhrer’s warning…[and] now they will be made to pay for their crimes.” 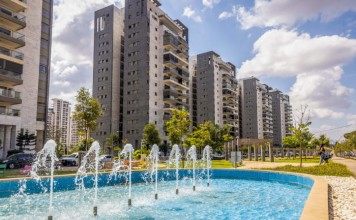 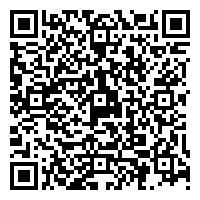