The great journey is over: Israel finally has a budget. However, when the lights went out in the Knesset last weekend, a new and incomparably more dangerous journey began. A campaign by the Islamist Ra’am Party, now equipped with billions, to transform Israel from a Jewish state into a state of all of its citizens.


“When we talk about land, housing and demolitions, are we talking about a civil issue? This is a national issue that forms the base of our struggle for our homeland,” he said in a moment of honesty.

He explained to his listeners that which the Jewish public refuses to hear: “The Islamic Movement started as part of the jihad family. But the political experience has taught us that due to the Israeli reality we cannot say today that we want to take up arms and wage jihad. We aspire [to] and we engage in civil jihad. We maintain our presence in the country. We preserve our identity. We make the best of our existence through knowledge and action.”

This is how the Muslim Brotherhood, which opposes Zionism, operates in Israel. It challenges the Jews’ right to self-determination in their historical homeland and maintains close ties with anti-Zionist entities.

When Abbas and his colleagues talk about Israel becoming a “state of all its citizens,” they’re not talking only about civil rights. They are not content with equal rights but want national rights in the state as well. Many also share the far-fetched dream of establishing an Islamic caliphate.

They seek to destroy Israel’s Jewish character and align with Israel’s biggest enemies. And now they also hold the Bennett-Lapid government hostage politically.

The one who paved the way for Prime Minister Naftali Bennett and Foreign Minister Yair Lapid to justify this reckless political cooperation is former Prime Minister Benjamin Netanyahu. Omitting this piece of information would be tantamount to tainting the truth.

There is no inherent problem in having Arab lawmakers in the Israeli government, and not even anti-Zionist parties—but there is one in giving legitimacy to political entities that seek to destroy Israel’s Jewish character and who publicly sympathize with Israel’s greatest enemies.

Lawmakers who have created an alliance with Ra’am certainly do not want Israel to end up as the Arab party wishes, but they have just formed a political partnership with a party that, had it existed in November 1947, would have undoubtedly voted against the establishment of the State of Israel. 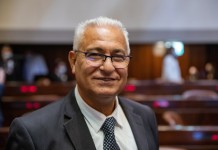 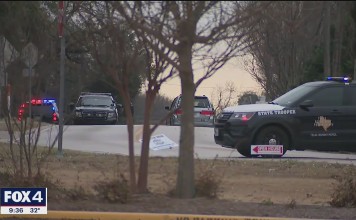 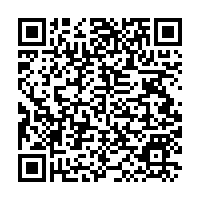