Time magazine’s cover story about attachment parenting has garnered a great deal of attention. Clearly, the shock value of showing an attractive young mother breast-feeding a child nearly four years of age was enough to excite worldwide conversation. No doubt this was their intention, and in that sense, it worked. The story inside focused on a controversial theory put forward by Dr. William Sears about attachment parenting. In a nutshell, attachment parenting argues that modern Western parents have forgotten how to parent naturally. His theory includes the hypothesis that nature dictates that we can never be too close to our children: we ought to carry them in a sling attached to our body as much as possible; they ought to sleep in our bed almost constantly; we should never allow them to cry for fear of damaging them psychologically with abandonment issues; we ought to breast-feed them until they are at least toddlers and generally remove any kind of division or separation between us and our babies. Dr. Sears’s theories were put forward in a mega best-selling book called The Baby Book.

But, respectfully, I have significant questions about the theory. First, there is the issue of the marriage itself. I have counseled countless married couples, and I have frequently seen how, when a child is born, the marriage can potentially be disrupted. A child is supposed to enrich and further develop a family. We parents dare not raise children in a manner that undermines our own marriages. That is not good for husbands and wives and it’s also not good for children. A husband should not feel that he has lost his wife to their baby. A husband should not find reason to become jealous of his own child. But just imagine the feeling of any husband who has become a new father, seeing his wife now breast-feeding the baby for most of the day, his marital bed – previously the domain of only him and his wife – now shared with the child, and his wife responding to each and every cry of their new baby with comforting cuddles and loving embraces. That husband might just feel that the child has usurped his place.


To be sure, many will say that a husband who has this feeling is being selfish and immature. He should get over it, as the interests of the child come first. And yes, we can criticize this husband as being infantile. How could any father be jealous of their children?

But I counsel couples, and it happens. And while a man must be mature enough to resist this feeling, it’s also true that even after having children our marriages should flourish and not falter.

I would appreciate if the advocates of attachment parenting please address my concern which I raise for the benefit of marriage.

And then there is the issue of intimacy. How is it possible for married couples to have a passionate love life with children in the marital bed? Don’t parents need to have their own private space where they are husband-and-wife and not just mom and dad? A Harvard University study shows that the sex life of a couple often diminishes by 74% in the first year after a baby is born. I can imagine that for those parents practicing attachment parenting and allowing their children to sleep in the marital bed on a nightly basis, that percentage would probably be even higher. While I may be wrong, I can imagine that their intimate life might disappear almost entirely. In the Jewish religion it is regarded as inappropriate for a couple to be intimate when a child is with his or her parents in the marital bed. How could it possibly be positive for a marriage or for a child to have parents growing less intimate as a result of the birth of baby?

There are, of course, responses to each of these challenges offered by the proponents of attachment parenting, which has been brought to my attention by my friend Donna Tabas. Regarding nutrition, they remind us that infants under the age of six months who are exclusively breastfed need unlimited access to the breast to optimize the mother/infant breastfeeding diad to provide optimal milk supplies, especially during growth spurts. They point out that prolonged nursing and child-led weaning which extends nursing into and even through toddlerhood is, they argue, biologically normal, as evidenced by the average weaning ages worldwide, and that it is only Western modern society that has redefined weaning in the first year as socially normal.

Are the Ten Commandments Still Relevant? 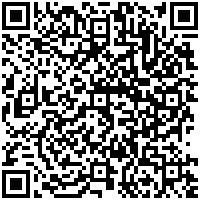