Sitting in my office almost forty floors above ground level in midtown Manhattan last week, I was astounded to be drawn away from my work by chants of “Free free Palestine” and “From the river to the sea, Palestine will be free.” Even up in the clouds, the demonstrators’ voices were clear and loud, almost as if they were just outside my window.

Based on the level of violent protests taking place across the globe, the pro-Palestinians in New York seemed comparably tame – yet no less offensive. For if there is any question that chants of “from the river to the sea” are wishful thinking for the annihilation of the Jewish State of Israel, the calls for “Death to Israel” were anything but vague.


Domestically, pro-Palestinians are using Israel’s defensive military incursion into Gaza as an excuse to let loose on the Jews. In San Francisco, 300 anti-Israel protestors surrounded and threatened 30 peaceful pro-Israel demonstrators. In addition to the usual chants, they screamed, “Long live the intifada, we support the intifada,” calling for violent uprising against Israelis.

At a protest this weekend in Los Angeles, what began as a peaceful pro-Israel event escalated as pro-Palestinians attacked the demonstrators, drawing in Federal Homeland Security officers, one of whom was forced to fire a weapon. Farther north in Seattle, signs and chants reflected more of a general hatred of Jews rather than simply protests regarding the current conflict in Gaza. “Zionist Israel = Nazi Germany”; “Palestine screams terror, Israel screams greed”; “AIPAC Supports the Murder of Children”; and a poster depicting a Jew eating a gentile child with a cup of blood on the side are but a few examples of the anti-Semitic displays.

Not to be outdone by their anti-Semitic brethren out west, here on the east coast (aka the other left coast), protests were not limited to the streets of New York. In Philadelphia, a pro-Israel vigil was interrupted by the typical chants for Israel’s destruction, but it was in Boston where things turned physical as a pro-Israel activist was assaulted by a woman shouting “that Muslims and Christians would someday take possession of Jerusalem and that the ‘Jews will go to hell, inshallah [God willing].’”

Alas, the domestic ugliness is in fact tame compared to the violent demonstrations erupting throughout Europe, reminding us that the hatred that led to the Holocaust during World War II remains alive and well. Last week pro-Palestinian demonstrations in Paris led to hundreds of Jews being besieged inside a synagogue while police clashed with the violent extremists; three Jews were hospitalized. While the pro-Palestinian demonstrators on Paris streets outnumbered domestic events, the violence, which the leader of the French ecology party justified, was quite distressing. One reporter stated, “What I have seen today is Arab hatred against Jews. Pure hatred. Right in the middle of Paris. Don’t try to ‘explain’ or ‘understand’, it was hatred, period.”

This past weekend, a rabbi walking to synagogue in Casablanca was badly beaten while his cries for help were ignored by passersby. Earlier this week, neo-Nazi Islamists took to the streets in Frankfurt chanting, “You Jews are beasts.” The police allowed the protestors to use their vehicles and megaphones, purportedly in order to “deescalate” the situation. In London, protestors stood in front of the Israeli embassy and in “blood curdling speeches” compared “Palestine” to Auschwitz and Dachau as “some mocked the Holocaust, others disfigured the Israeli flag, a few screamed ‘Allahu Akbar’, [and] they all called for the destruction of the Jewish state.”

Despite the latest wave of pro-Palestinian demonstrations, it is important to recognize that anti-Semitic voices are not new. In Europe, anti-Semitism is so pervasive that some are questioning whether Jews even have a future living there. Even before the violent demonstrations in response to Operation Protective Edge, Jews in Europe have been targeted – e.g., the recent murder of four people at the Jewish Museum in Brussels. France is particularly hostile, with 50% of all racist crimes in France motivated by anti-Semitism despite Jews representing 1% of the population. 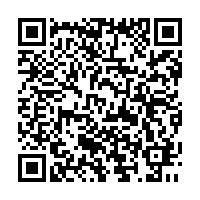