Five months ago, radical Islamists in Libya murdered four American officials. President Barack Obama and Secretary of State Hillary Clinton warned that the Obama Administration would not rest until those responsible were caught.


Yet it seems as if nothing has been done. Indeed, just as the White House did nothing on September 11, 2012, when the U.S. consulate was under attack, it has done nothing serious since and is doing nothing now.

At least, the militia that all witnesses identified as being responsible had to cease activities in Benghazi for a while though leaders still hung out at cafes there with no one bothering them.

Well, now they’re back to business as normal.

The Ansar al-Sharia (Helpers of the Sharia) now control Benghazi’s western entrance, a southern checkpoint, and security at a hospital. One passing car honks to greet the Ansar al-Sharia guards and waves the al-Qaeda flag out the window at them.

As Reuters puts it, this and other such radical Islamist groups “are also held up as heroes of the Libyan uprising by some locals who say they are doing a better job of the protecting them than the government in distant Tripoli.”

“These men are also people who fought on the front lines, care about their city and provide services. We can’t shun them,” said Benghazi University professor Iman Bugaighis, referring to several militias. “We had to ask them to come back and protect our hospital and streets.”

Yes, they fought on the front lines with courage—Islamists often speak of sacrificing their lives in jihad and martyrdom—but the victory was handed to them by NATO, a NATO led by the United States, and a United States whose officials the Ansar al-Sharia killed perhaps because they were trying to get some of the weapons back.

But wait a minute! The current Libyan government is a client of the United States. Can’t the White House pressure the Libyan government to push forward the investigation? To detain those identified by witnesses as the attackers?

Or isn’t it trying? Perhaps it isn’t trying because it knows the Libyan government isn’t eager or isn’t able to confront the terrorists.

And the U.S. government doesn’t want to take direct action since that would presumably be too bullying and unilateral.

“The [Libyan] government lost a very good opportunity after our ‘Rescue Benghazi’ event [which pushed the militias out of town following the attack on the consulate] to control these militias, break them apart and absorb them into legitimate bodies,” said Younes Najim, an organizer of the campaign to push Ansar al-Sharia out. Note that Najim’s solution is to have the Ansar al-Sharia join the army and police.

“It will take time, but the longer the government takes to organize its security here, the stronger some groups will make themselves to become parallel forces to the government,” he said.

Right. But why didn’t the U.S. government follow up on the momentum built by the Rescue Benghazi movement? As for the Libyan government, it cannot and will not control them for a very good reason. The government is relatively weak—especially in Benghazi—and its “regular” military forces are made up of ex-militiamen who might be very sympathetic to Ansar al-Sharia. As a result, the radical Islamist militias may some day overthrow the Libyan government just as such smaller Salafist forces will help the Muslim Brotherhood suppress opposition and install a Sharia state in Egypt, Tunisia, and Syria.

In other words, the U.S. government has poured in weapons and money and diplomatic support to create and sustain a regime which may be made up of relatively decent people but cannot lift a finger to catch, punish, or outlaw al-Qaeda supporters and those who have murdered Americans in cold blood. Again, remember this is not a hostile country which provides a safe haven to anti-American terrorists, like Iran or Lebanon, but a U.S. client state established largely with U.S. military aid and direct assistance. They’re not hiding out in caves or in the depths of jungles but strolling the streets in a country that is supposedly a U.S. ally.

Today, Libya; tomorrow, Tunisia, Egypt, and Syria, not necessarily in terms of al-Qaeda itself (except in Syria) but in terms of anti-American Islamist groups that are quite willing to attack U.S. targets in the Middle East. 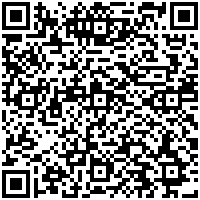