Given the shape of Jewish history, verbal expressions of friendship that others would take as the norm are treated as overwhelming acts of wonderfulness. This tradition goes back to the days of monarchies, when Jews saw themselves as powerless people who were passive recipients of the king’s generosity.


One reason that idea continued was because expressing the idea that Jews might have some power, some ability to shape events, was a major theme of antisemitism. Indeed, claiming that there is an all-powerful Jewish lobby or even of a Jewish-controlled media (which is laughable) remain to this day one of the main earmarks of antisemitic thinking.

What is the purpose of hasbara, that is, the effort to explain Israel’s situation, experiences, perceptions, and goals? It is not to make everyone love Israel or Jews, though that would be nice, but to create conditions so that Jews are not attacked or materially hurt by hostile neighbors and so Israel can have the environment in which it can operate with enough international support to do what it needs to do.

Let’s discuss these themes in the context of President Barack Obama’s visit to Israel.

From an Israeli, though not necessarily from an American, viewpoint it is absurd to be “pro-Obama” or “anti-Obama.” The issue is what Obama does in regard to Israeli interests. This is not necessarily the same criteria that American Jews would take, given their additional involvement and interest in many other issues that have nothing to do with international affairs.

In Israeli terms, for example, Richard Nixon was a good president. So was Harry Truman, Bill Clinton, and Ronald Reagan. Note the wide differences in their domestic policies, reputations, and worldviews in an American context..

If Obama is now going to be considered friendly toward Israel then, to use his own words in a different context, he didn’t build it on his own. Indeed, if Obama had his own way, if he could do anything he wanted to do, he would have been terribly unfriendly, the most unfriendly American president in history. (Jimmy Carter’s hostility came almost completely after leaving office.) And in many ways, that is how he began his presidency.

But Obama is neither a free agent nor a fanatic out to hurt Israel at any price. As president he interacts with reality, at least on this issue. There were three categories of factors that changed the strong hostility of Obama’s original position into something else.

First, internal American factors: There is a tradition seen as the norm of strong support for Israel by the United States; Pro-Israel public opinion; and a largely pro-Israel Congress.

Second, regional factors, which include:

The lack of cooperation by the Palestinians who gave Obama zero assistance in his attempts to help them. Imagine if the Palestinian Authority had said in 2009: “We want negotiations right away and peace as fast as possible. But we expect Obama to get us what we demand, including big Israeli concessions in exchange for very little. President Obama, you can have peace if you only bash Israel!” But they did the opposite, turning down every Obama initiative.

The lack of cooperation by the Arab states generally, which did not take advantage of Obama’s offer to help them get major Israeli concessions through U.S. pressure.

And, the fact that Islamists proved Obama wrong and became more radical.

In short, Obana discovered that distancing himself from Israel bought no gain.

The Israeli government’s strategy of cooperating with Obama as much as possible to avoid giving him a—you can call it a reason or an excuse—for a quarrel.

The tireless work of American Jews, both supporters and opponents of Obama, to explain the issues and mobilize support. This includes those whose strong criticism stung the administration.

It is not that Obama was nice toward Israel all along; it is that there is a new policy based on his realizing there wasn’t going to be a breakthrough to a comprehensive peace agreement.

There are, however, still two problem areas. First, the president expresses sympathy but not agreement with Israel. His view is: I understand why you act as you do but you are wrong. You can obtain lasting peace fast if only you aren’t stubborn and suspicious. 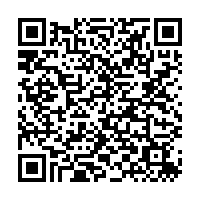