While President Barack Obama has been inaugurated for a second term and made his speech, Syrian President Bashar al-Assad is still in power in Syria, making his own speeches saying he will not give in.


The Syrian civil war will go on until one side wins and the other loses. And a lot more people are going to die. The idea of some kind of compromise or diplomatic process has always been ridiculous. These two sides—the government and rebels—have nothing to talk about. On one hand, they thoroughly distrust each other with good reason. On the other hand, they both want power and that’s something which cannot be shared.

For those asking why I’m not saying Iran will be the main crisis, that’s possible, but 2013 is more likely to be a year of endless talk between the Washington and Tehran, punctuated mid-year by Iran’s election of its own new president. Iran will buy time, the election of a new president alone will be good for about three months or so since he’ll need to get into office, appoint his cabinet, and formulate his “new” policy. So 2014 is more likely to be the year of Iran.

Meanwhile, 2013 will be a year of continuous battle in Syria, at some point punctuated by either the government’s collapse or retreat. The rebels have been advancing, especially in the north and in Aleppo. But the regime still has a pretty strong hold on Damascus and in the Alawite stronghold in the northwest.

The idea that Syria will fragment into two or more countries is ridiculous. Nobody is declaring independence. Both sides maintain they are the legitimate rulers of Syria and that will continue to the end. Yet it is highly likely that there will be two zones of control for some time.

The following scenario seems realistic. And nothing said below should be interpreted as my personal preferences but merely an analysis of the reality on the ground.

In several months the rebels will be eating away at Damascus. If and when the day comes that most of Damascus is captured, the rebels will set up a government. That new regime will quickly be recognized by the U.N., Europe, and the United States. Regional states will be more diverse in their response, with Islamist-ruled Egypt, Tunisia, and Turkey along with pro-Islamist Qatar will be enthusiastic; Saudi Arabia and other anti-Islamist Arabs reluctant; the pro-Assad, Islamist-dominated Lebanese government and Iran rejecting this option.

Of course, a critical question will be: Who will lead on the rebel side? The negotiations will be very complex and quarrelsome but, with American help, the Muslim Brotherhood will probably emerge with a disproportionately strong showing.

Here is a good point to ridicule the idea that the United States has little influence. Of course, America isn’t going to decide everything or control events. But for the Brotherhood and other Islamists, having U.S. backing will make them a lot stronger than if they faced U.S. opposition. And remember the context will be shaped by all those arms and money the United States (through Qatar, Libya, Saudi Arabia, and Turkey) gave the Islamist side. The moderates certainly view the United States as pro-Islamist and while they themselves have a lot of weaknesses, being demoralized by this fact adds another one to the fatal mix.

Sometime in 2013 there will be big choices for each side. For the current regime, will it retreat when necessary to a redoubt in the predominantly Alawite sector of the northeast? How quickly will the rebels assault that center as compared to consolidating their control over the rest of the country?

And finally, how many ethnic massacres will there be, of Christians and Alawites in rebel-held territory and of Sunni Muslims in regime-held territory? There is no doubt that such murders will take place by the Salafis even if the better-disciplined Muslim Brotherhood refrains from revenge killings. But will they reach the level that will shake up Western thinking and perhaps force a reluctant Obama Administration to do something serious about it? 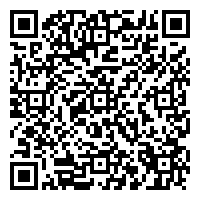