One day people will ask how the United States and several European countries became involved in mass killings, genocide, corruption, arms smuggling, and the creation of another anti-Western and regionally destabilizing government. Even if a single Western soldier is never sent, the West is on the verge of serious intervention in Syria. The choices are unpalatable and decisions are very tough to make but it appears to be still another in a long history of Western leaps in the dark, not based on a real consideration of the consequences.


At least people should be more aware of the dangers. As I entitled a previous book on Iran (Paved with Good Intentions), the road to Hell is paved with good intentions. People are dying and suffering in Syria. That’s true. But will this make more people or fewer people die and suffer?

So now we are seeing the trial balloons rise. As the Bashar al-Assad regime proves to be holding on—but not recapturing the country or winning the war—the West is panicked into sending aid to the rebels.  In fact, the government is merely holding the northwest area (where the ruling Alawite group lives), the region along the Lebanese border (with Hizbollah’s help), Damascus (where the best troops are based and there is a favorable strategic situation in the army holding the high ground), and part of Aleppo. It seems that U.S. decision makers are panicking over these relatively small gains. If the Syrian army plus Hizbollah tries to advance too far it will stretch its resources then and face a successful rebel counteroffensive.

President Barack Obama is said to be close to sending weapons to carefully chosen rebel units who are moderates. Now, pay close attention here. The Western options for giving assistance are:

The Syrian Islamic Liberation Front. This is Muslim Brotherhood type people including, most importantly, the Farouk Brigades from the Homs area and Aleppo’s Tawhid Brigade. Around 50-60,000 fighters in total who are autonomous.

Do you want to give arms to them? Weapons that might soon end up in the hands of (other) terrorists? Weapons to be turned against not only Israel, but Jordan, Saudi Arabia, U.S. diplomats, and who knows who else?

Or perhaps you like the Syrian Islamic Front (SIF), an alliance of more hardline Islamist forces, including Ahrar al-Sham from the north.  Ahrar al-Sham is probably around 15,000 fighters. The SIF as a whole probably around 25,000.   These people are Salafists meaning that the Brotherhood is too moderate for them. They are the kind of people who attack churches in Egypt, who want to wage jihad alongside Hamas, and so on.

Do you want to arm them so they can establish another Sharia state?

How about Jabhat al-Nusra, the al-Qaeda franchise with around 6,000 fighters and reportedly the fastest growing militia.

Want to give guns to those who committed the September 11, 2001, attacks and the Benghazi attack? Of course not! You want the Free Syrian Army (FSA), headed by the untested General Salim Idris, who Senator John McCain met with. Now those are moderates who, after all, are just led by former officers in the repressive, historically anti-American Syrian army. And the FSA is just not a serious factor in military terms.

The West will say it supports the FSA; the FSA will be pushed aside by an Islamist regime if it wins, its Western-supplied weapons seized even during the course of the war. Moderates–even if we define radical Arab nationalists as moderates–don’t have the troops on the ground. It’s too late to organize and train a moderate force now. That should have been done two years ago.

On the political level, U.S. pressure failed to force the Muslim Brotherhood-dominated exile leadership to add the real political moderates! Even as financial aid is being (temporarily?) withheld the “official” opposition won’t expand its base. How about withholding all money and aid until they yield or choosing a new official leadership?  If the United States can’t stop–or doesn’t want to–the Brotherhood from dominating an exile leadership how is it ever going to do after a victory in the civil war? 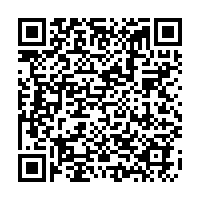