What he should have done: Genuinely work to protect the rights of Christians and women as well as the lives of moderates by using leverage.

What he did….: Said that al-Qaida was defeated.

What he should have done: Understand that al-Qaida is not finished by any means. And its partner the Taliban is still going strong. But this issue made less difference since U.S. policy did fight al-Qaida any way.

What he did….: Continued the withdrawal from Afghanistan and tried to cut a deal with the Taliban.

What he should have done: Continued the withdrawal from Afghanistan but follow a realpolitik policy and set into place a strong set of patron-client relationships with those willing—albeit for their own interests—to keep the Taliban from taking power. The problem is that once U.S. forces are out the regime is likely to collapse and possibly give way to a revolutionary Islamist, anti-American government.

What he did….: Although the U.S. government conducted drone strikes and the killing of Usama bin Ladin, unilaterally, it generally continued to pour money into Pakistan despite its lack of cooperation, activity as a major sponsor of terrorism, and institutionalized anti-Americanism, persecution of Christians, and the spread of radical Islamist ideology.

What he should have done: Move away from Pakistan and rebuild relations with India.

What he did….: Forbade an honest discussion of the enemy and threat in the U.S. military; minimized or denied attacks like the one at Fort Hood were terrorist. What he should have done: Let the U.S. military educate its people to the actual threat instead of forcing them to pretend otherwise.

What he did….: Put tough international sanctions and on Iran and keep the possibility of an attack against nuclear institutions on the table. He will try to make a deal with Tehran letting it do limited enrichment and drop sanctions in exchange for promises not to develop nuclear weapons. The choice is up to Tehran as to whether to negotiate a deal or simply use talks as one more stalling technique while continuing to hurry toward getting deliverable nuclear weapons. When Iran does get nuclear weapons he won’t do anything, including never supporting an Israeli attack.

What he should do: If he wants to negotiate, first gain credibility in Tehran by being tough on Iranian interests everywhere in the region—he’s doing this in Syria–and bargain toughly rather than do anything to get a deal. When Iran does get nuclear weapons put in place a really tough containment system that would counter Iran’s subversion and terrorism, give strong backing to the internal opposition, and squeeze Iran to the maximum extent. If an honest assessment shows an Iranian plan to attack Israel or if Tehran seems likely to give nuclear bombs to terrorists, the U.S. government should support an Israeli attack. By not being credible, Obama makes more likely Iran’s obtaining nuclear weapons and that outcome leading to war.

Shall we go on? Well, the U.S. government will go on doing these things for the next four years. 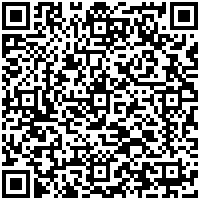