Home InDepth Analysis Saying Goodbye To Israel’s Fighting Philosopher
Share on Facebook
Tweet on Twitter
Sunday, just hours before the people of Israel bowed their heads in memory of the 22,305 Israel Defense Force soldiers who have fallen in the country’s wars, a funeral took place in Kedumim in Samaria.

An outside observer of the scene would have been forgiven had he thought he was witnessing a soldier’s funeral. Most of the mourners were young people, and military uniforms predominated. Soldiers and officers from all the IDF’s elite combat units were in attendance. Most of them were junior officers and conscripts.

But this was not a military funeral. The crowd of hundreds had assembled to pay their last respects to 77-year-old Professor Yosef Ben Shlomo, who died the previous day at his home in Kedumim after a long bout with cancer.

Many at the cemetery commented that both the timing of his passing – on the eve of Memorial Day – as well as the composition of the mourners at the cemetery were emblematic of the state of the State of Israel as it enters its sixtieth year.

This Memorial Day was the first one to take place since last summer’s war between Israel and Hizbullah. From a societal perspective, that war was most notable for the yawning gap it exposed between the strength of the Israeli people and the weakness of Israel’s leadership.

From the outset of the war, the public showed fortitude and willingness to sacrifice for the sake of victory over Israel’s jihadist enemies. From the residents of northern Israel who stoically weathered some 4,000 Hizbullah rockets and missiles shot into their homes and towns, to the IDF reservists and regular forces who unhesitatingly answered the call to arms, to the hundreds of thousands of citizens who volunteered their time, energy and money and opened their homes to their brothers and sisters in the North, the people of Israel last summer showed a stubborn willingness to defend their freedom.

On the other hand, Israel’s political and intellectual leaders collapsed under the weight of the challenge. Rather than call up the reservists and launch a ground campaign in Lebanon to destroy Hizbullah’s installations, the Olmert government tried to win the war on the cheap by bombing from the air. When that strategy failed, rather than take the necessary steps to ensure victory, Prime Minister Olmert and his colleagues opted for defeat by suing for a cease-fire that left Hizbullah intact. For their part, Israel’s media and academic elites refused to “take sides” in the war between Israel and an illegal terrorist organization and Iranian proxy sworn to its annihilation.

Ben Shlomo’s career path both was shaped by and shaped the gulf between the Israeli people and the Israeli elites which came across so starkly last summer. Until the Six-Day War in 1967, Ben Shlomo, like his colleagues and friends, renowned poet Natan Alterman and novelist Moshe Shamir, was an icon of Israel’s socialist intellectual establishment. But after the war, a fissure emerged in that establishment.

In the ensuing years, most of Israel’s elites followed people like Professor Yeshayahu Leibowitz and novelists Amos Oz, S. Yizhar and others, and embraced an ever-escalating leftist radicalism. For their part, Alterman, Shamir and Ben Shlomo remained loyal to their Zionist roots and embraced the vision of settling all the lands Israel took control of in that war.

After Yitzhak Rabin and Shimon Peres embraced Yasir Arafat and the PLO in September 1993, Ben Shlomo argued that the Zionist project was being destroyed and challenged the country to prove him wrong.

His colleagues at Tel Aviv University did everything they could to prove him right. For years, Ben Shlomo served as the head of the university’s Jewish Philosophy Department. His colleagues at the university and in Israeli academia in general not only signed petitions protesting IDF operations and supporting Palestinian terrorism, they exhorted their students not to serve in the IDF reserve forces.

On a personal level, too, they did what they could to make him feel unwanted. Though he was the most popular lecturer at the university, and aggressively recruited by Harvard, Oxford and Cambridge, he was icily regarded by his colleagues. He was denied academic honors. The university consistently assigned him lecture halls too small for the number of students registered for his classes. And eight years ago, when he reached retirement, the university did nothing to convince him to stay on.

But his students were another matter completely. As Ben Shlomo packed up his office, his students offered him a new challenge. Led by Erez Eshel and Ofra Gracier, they began establishing new Zionist academic outlets – pre-military leadership training schools. Over the next five years, half a dozen of these schools were established throughout the country and Ben Shlomo served as their chief pedagogue. He was so excited about the project that he agreed to work for free.

From Metzar in the Golan Heights to Ma’ayan Baruch in the Galilee to Kfar Adumim in Judea, Ben Shlomo gave everything he had to his young students who opted to defer their IDF service for a year to learn Talmud and Jewish history, philosophy and Zionist studies. These students, who now number in the thousands, have gone on to command positions in the IDF’s most elite units. They have also moved on to start new Zionist enterprises of their own.

Ben Shlomo’s teachings were grounded in the Bible. As Gracier eulogized him at his funeral, he viewed the biblical characterization of the Land of Israel as “a land flowing with milk and honey” as a call to action rather than a mere description. Israel has no oil, little water and has always been surrounded by enemies bent on its destruction. It will only flourish when the Jewish people devote themselves to making it bloom. If the Jews lose faith in the land, he warned, it will vomit them out. For this reason, he viewed Jewish settlement as a supreme value.

Gracier noted also that Ben Shlomo saw in Judaism a great gift to humanity. The Jews have given the world the Bible, the Sabbath, the belief in one God, a messianic view of history that gives mankind its mission on Earth, and the notion of nationalism.

Although intrinsic to Ben Shlomo’s worldview was a rejection of the establishment, as a product of his socialist background he was constantly waiting for the establishment to reengage its Zionist and Jewish roots. And as the Oslo peace process led to the Palestinian jihad and a successive string of weak Israeli governments and a continued radicalization of the intellectual establishment, Ben Shlomo was seized in his later years with an ongoing sense of dread. Indeed, few of his university colleagues attended his funeral.

But the fact is that through his devotion to his students, Ben Shlomo did succeed in shaping the future of Israel. One of them, a secular kibbutznik who now serves as a tank commander, noted that because of Ben Shlomo, he realizes that there is no meaning to cultivating the land without the Torah.

Erez Eshel explained his legacy best: “It wasn’t just the fact that we buried the professor on the even of Memorial Day that symbolized his connection to the defense of Israel and Zionism. We buried him during the Omer, where we commemorate Rabbi Akiva who educated Bar Kochba and his soldiers in their rebellion against the Roman onslaught against Israel.

“Like Rabbi Akiva, Ben Shlomo has educated a generation of soldiers who are willing to devote their lives to safeguarding this country and the Jewish people, and it is this legacy, and not the weakness of the establishment, that will win the day.” 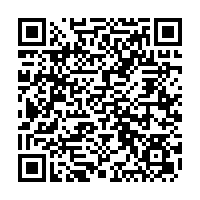