In last week’s speech, President Barack Obama said, “American military power is unmatched, but this can’t be America’s fight alone.” Good enough. And so, a very large group of nations has emerged over the past month or so, to support—in varying degrees of energy and enthusiasm—the American new effort to bring civilization to Mesopotamia.


The list includes many nations who, when you look into it, are listed for doing next to nothing. Which was the case with Bush II as well. One country which is eager to help and able to do a lot, will never be mentioned: the Jewish State.

“The truth is, Israel would love to be in the coalition,” Paul Pillar, a former U.S. national-intelligence officer for the Middle East, told the Voice of America, adding, “And that would strengthen even more, if it could be done overtly, their argument that they are a strategic asset to the United States,” he said.

But it’s never going to happen, that overt thing. Because, in the end, most of America’s allies would walk away if Israel were on board officially.

“Because of the well-known politics of the Middle East and the continued high salience of the unresolved conflict with the Palestinians, any Israeli involvement in multilateral efforts in that region tends to be counterproductive,” Pillar said.

Israel is very interested in the outcome of the fight against ISIS, which is happening on its doorstep. Israeli Foreign Minister Avigdor Lieberman met with Secretary of State John Kerry in Washington last week, and told him Israel is willing to help out, if invited to do so, “taking into consideration sensitivities.”

Isn’t it amazing how everybody, including the Jews, accepts the fact that no one wants the Jews?

So here’s the list of those who have allowed their names to be listed alongside America’s, as of Sunday morning, and the things they’re prepared to do for the cause:

Australia: although Australian combat troops will not participate in ground fighting, according to Prime Minister Tony Abbott’s office.

Germany: dedicated to curbing ISIS propaganda and recruitment, and sending military assistance to the Kurdish region to fight ISIS.

The Netherlands: helping to curb the flow of foreign fighters coming back from Syria, might even pass a law revoking their citizenship. That’ll learn them.

Canada: Canadian Prime Minister Stephen Harper announced just days ago that more than 50 Canadian special operations troops are being deployed to Iraq as part of an adviser mission but that there would be no direct military intervention by the country.

Jordan: Former Jordanian Foreign Minister Marwan Muasher said on CNN on Sunday that he doubts Jordan will commit ground troops in the fight against ISIS. “The U.S. will have to take the lead in providing military strikes,” he said.

Jordan’s provides intelligence on ISIS, which they can gather easily by looking across their borders and counting heads.

Egypt: Its grand mufti condemned the terror group, saying that its actions are not in line with Islam. There you go, feeling safer already. 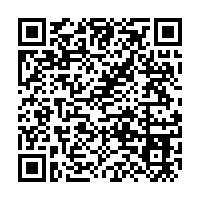