Straight from the Jerusalem Boardroom #175.

1.   “Israeli defense exports for 2012 are expected to show an increase, despite the global economic crisis…. Israeli defense exports for 2012 may cross the $7 billion line…. 10% to 15% higher than 2011 exports, though it will not match the peak of more than $7.5 billion recorded in 2010…. A substantial effort is currently under way to increase sales mainly in countries such as India and several other countries in Eastern Asia, South American countries, Australia, Africa and Canada, where Israeli defense exports have recorded a growth trend” (IsraelDefense, Dec. 31, 2012).  Israel is ranked between fourth and sixth in the world for weapons sales. The U.S. and Europe are Israel’s leading markets.


2.  “Microsoft CEO Steve Ballmer said that even though there is only one Silicon Valley, ‘Israel is among the second tier of innovative places’ — akin to Microsoft’s hometown, Seattle…. Ballmer said that “the range of innovative things that Israel is doing is remarkable. There is such a wide scope of exciting things going on here. Israel is a start-up center, and there is always something to challenge us there, or one that we can acquire.’ A number of MS technologies are ‘Made in Israel,’ Weisfeld explained in a previous interview: These include Microsoft gateway VPN technology; Microsoft Security Essentials anti-virus suite; and the newest product, the recommendation system for Xbox systems…. Israel was the first Microsoft R&D center outside the US, which opened in 1991. Today, the company has centers around the world, but… there are only four places in the world where the R&D centers get involved in general and innovative projects: the US, China, India, and Israel” (Times of Israel, Nov. 5, 2012).

3.  The Swiss-based Institute for Management Development (IMD) has ranked the Bank of Israel in the top five among central banks for its efficient functioning in its 2012 World Competitiveness Yearbook for the third year in a row. The report also ranked Israel’s economy 9th highest for its durability in the face of the global financial crisis (http://bit.ly/Xf6Cr9).

6.  Israel’s natural gas potential.  Jonathan Baron and Dr. David Wurmser, (Forbes, September 27, 2012): “With in excess of 25 trillion cubic feet of natural gas discovered since 2009, Israel now enjoys historic opportunities to produce domestic, affordable, and secure energy…. Under any realistic scenario, Israel possesses ample supplies to ensure energy security in the power sector for a generation…. The well-established pattern of such development suggests that the natural gas discoveries to date represent only a fraction of the total recoverable resource. Based on other basins, current discoveries in the Israeli Levant Basin likely are only a fraction of the total technically recoverable resources….” 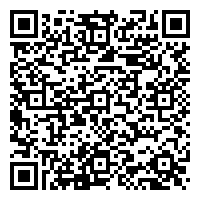