Could anyone have predicted the outcome of the November 8, 2016 election?

The outcome of the November 8, 2016 US election was predicted by those who doubted the accuracy of the polling samples. In fact, it is doubtful that credible samples can be currently formulated, due to the fluctuating ground of the social, economic, political, demographic and ethnic environment in the 435 congressional districts, the 50 states and the many county lines in the US.


The outcome of the November races for the White House, 34 Senate seats, 435 House seats, 12 Governorships and all State Legislatures spotlights the reasserted profile of the Flyover Areas of relatively small-town-America, the Blue Collar and Six-Pack-Joe and Lunch-Pail-Mable America (“Reagan Democrats”), the moderate “Blue Dog” and conservative America, the national and homeland security hawks and the evangelical constituency, which was not significantly-registered in prior election cycles.

The November 8, 2016 election was a victory of the anti-establishment and politically-incorrect folks over the politically-correct media, academia, political, business and foreign policy establishments.

How will the Trump victory impact US-Israel relations?

Just like all Western democracies and other allies of the US, Israel is mostly concerned with the US posture of deterrence, which has played a critical role in restraining global radicalism and reassuring free societies. However, the US power-projection has been significantly eroded during the Obama Administration, generating tailwinds for rogue regimes and headwinds for America’s allies, as has been strikingly demonstrated in the Persian Gulf and the Middle East at-large. It has fueled global turbulence, instability and Islamic terrorism, which is asserting itself in Europe and increasingly on the US mainland.

The Trump presidency is expected to reboot the US posture of deterrence by reversing the recent draconian cuts in the US defense budget and the size of the US armed forces – in the face of intensifying clear and present terrorism, conventional and nuclear threats to the US and its allies – and to replenish the rapidly depleted and aging US military stockpiles; compensate for the declining purchase power of the US dollar; restore the size of the armed forces, and reassess the July 2015 agreement with Iran. The latter has caused all pro-US Arab countries to downgrade their confidence in the US posture of deterrence and seek closer ties with Russia.

The track record of President-elect Trump, Vice-President-elect Pence, and their foreign policy and national security advisors, suggest that US-Israel relations are expected to experience less tension and substantial enhancement, driven by the 400-year-old foundation of Judeo-Christian values of liberty and justice, as well as long and short-term mutual interests and threats, Israel’s unique and increasing contributions to the US commercial and defense industries and to scientific, technological, irrigation, agricultural, space and military US concerns.

President and Vice President-elect Trump and Pence, and most of their advisors on US-Israel relations and foreign policy, are prone to adhere to the following “ten commandments:”

1.  Jewish sovereignty over the Land of Israel is a derivative of a unique historical right – which was enshrined by the early Pilgrims and the US Founding Fathers – rather than a compensation for the Holocaust;

2. Israel is a most effective, unconditional geo-strategic ally of the US, willing to flex its muscles, extending the strategic hand of the US, while employing its own – not American – soldiers, performing within the framework of a two-way-street, mutually-beneficial, win-win US-Israel relationship;

3. The scope of US geo-strategic interests, and therefore US-Israel relations, dramatically transcends the Palestinian issue;

4. Irrespective of the Arab talk – but based on the Arab walk – the Palestinian issue is not a core-cause of Middle East turbulence, nor a center-piece of Arab policy-making, nor a trigger of anti-US Islamic terrorism, nor the crux of the Arab-Israeli conflict;

5. Based on the intra-Arab Palestinian track record (stabbing the backs of their Arab hosts), the relationships between the Palestinian Authority and anti-US regimes and terror organizations, the anti-US incitement on the Palestinian Street, Palestinian hate-education, and the strategic implications of the raging anti-US Arab Tsunami, a Palestinian state would be a strategic liability, undermining regional stability and vital US interests in the Middle East;

6. The Trump team’s order of priorities will minimize the US involvement in the mediation/negotiation process of the Palestinian issue. The Trump team is aware that the US has introduced numerous Israel-Arab peace initiatives, none of which succeeded. The only two successful peace initiatives, Israel-Egypt and Israel-Jordan, were initiated – and directly negotiated – by the parties involved. The US involvement has always radicalized Arab expectations by further pressure on Israel, thus radicalizing Arab positions, which undermines the prospects of peace.

7. The Trump/Pence state-of-mind does not consider Jewish settlements in Judea and Samaria an obstacle to peace nor a violation of international law.

8. The Trump/Pence team recognizes that the mountain ridges of Judea and Samaria are critically required for Israel’s existence, as demonstrated by a map submitted to President Johnson by former Chairman of the Joint-Chiefs-of-Staff, General Earl Wheeler: “the minimum requirements for Israel’s defense include most of the West Bank.”

9. The Trump/Pence team is aware that Jerusalem is the ancient capital of the Jewish State – not an international city – and therefore should be the site of the US Embassy in Israel. The refusal to relocate the US Embassy to Jerusalem has undermined the US posture of deterrence, and has strayed from the legacy of the US Founding Fathers, who considered Jerusalem a cornerstone of their moral and cultural worldview, as reflected by the 18 Jerusalems and 32 Salems (the original Biblical name of Jerusalem) on the US map.

10. Trump’s anti-establishment worldview is also targeting the State Department which has been systematically wrong on Middle East issues, including its 1948 recommendation not to recognize the establishment of Israel, and its current insistence that Jerusalem is an international city. Therefore Foggy Bottom will not lead – but follow – the Middle East policy of the Trump Administration, which will not subordinate the US unilateral action to multilateralism and the UN.

The Trump/Pence worldview on US-Israel relations is consistent with the vast
majority of the US constituency and the US House and Senate, which will produce fertile ground for a substantial expansion of mutually-beneficial cooperation through congressional and executive initiatives.

The state-of-mind of President-elect Trump and Vice-President-elect Pence will provide a unique platform for the dramatic enhancement of US-Israel cooperation in the face of mutual challenges and threats, bolstering the economy, the national and homeland security of both countries, providing a tailwind to US allies and a headwind to US foes, thus reducing global instability. 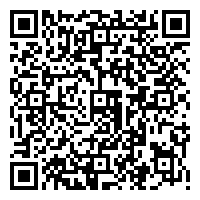