Contrary to conventional wisdom, the Jewish State is not facing an Arab demographic time bomb; but, benefits from a robust Jewish demographic tailwind of births and net-immigration.

Since the end of the 19th century, the Jewish-Arab demographic balance has systematically defied the demographic establishment’s assessments and projections.

For instance, in March 1898, Shimon Dubnov, a leading Jewish historian and demographer, projected 500,000 Jews in the Land of Israel by 1998, defining Theodore Herzl’s Zionist vision as “a messianic wishful thinking.”  However, Herzl was the ultimate realist and Dubnov was off by 5.5 million Jews!

In October 1944, the founder of Israel’s Central Bureau of Statistics (ICBS), and the luminary of Israel’s demographic and statistical establishment, Prof. Roberto Bachi, projected 2.3 million Jews in Israel in 2001, a 34% minority. Bachi’s projection reflected the demographic establishment’s underwhelming assessment of Jewish fertility and immigration (Aliyah) and the overwhelming assessment of Arab fertility. In 2018, there are seven million Jews in Israel, a 65.5% majority in the combined area of pre-1967 Israel, Judea and Samaria (the West Bank), enjoying an effective demographic tailwind.

During the 1980s, the ICBS sustained its traditional, minimalist assessment of Aliyah, dismissing the potential of an Aliyah wave from the USSR. But, in defiance of the demographic and statistical establishments – and due to a most assertive, pro-active Aliyah policy by Prime Ministers Ben Gurion, Eshkol, Meir, Begin and Shamir – one million Soviet Jews immigrated to Israel.

The Westernization of Arab demography

The rise of Jewish fertility reflects the enhanced optimism, patriotism, attachment to roots, communal responsibility and a substantial decline in the number of abortions. Furthermore, while conventional wisdom assumes that the surge of Israel’s Jewish fertility rate was triggered by the Ultra-Orthodox community, reality documents a moderate decline of the Ultra-Orthodox fertility rate (due to the growing integration in the job-market and academia) – while a substantial increase of the fertility rate has been demonstrated by Israel’s secular sector, which is the largest sector of the population.

At the same time, the Westernization of Arab fertility (in Israel, Judea and Samaria and throughout the Middle East) is a derivative of the following phenomena:

*Intense urbanization has transformed the 70% rural Arab population in Judea and Samaria in 1967 to a 75% urban population in 2018;

*Rather than getting married at the age of 15 and beginning reproduction at 16 – as did their mothers and grandmothers – contemporary Arab women tend to delay and shorten that process;

*Arab women have improved their social status, seeking to advance their own careers, thus ending their reproductive period at the age of 45, rather than 55, resulting in less births;

*Youthful male emigration, among Judea and Samaria Arabs, has widened the gap between the number of Arab males and females there;

*Arab women in Israel, Judea and Samaria, just like Arab women throughout the Arab World have substantially expanded the use of contraceptives.

According to a June, 2012 study by the Washington-based Population Reference Bureau (PRB), 72% of 15-49 year old Palestinian married women prefer to avoid pregnancy, trailing Morocco (78%), ahead of Jordan (71%) and Egypt (69%).  A growing number are using contraception, as family planning services have expanded in the Arab region.

Auditing, rather than echoing, the official Palestinian data

Unlike the demographic establishment, this essay does not indulge in projections, which are subjective by definition, impacted by a litany of unpredictable domestic and international social, economic and geo-political factors. Instead, this essay focuses only on well-documented and verifiable birth, death and migration data.

Since 2004, “The America-Israel Demographic Research Group” – consisting of three Americans and six Israelis, including this writer – has documented significant inaccuracies and misrepresentations by the PCBS, totaling over one million Arabs in Judea and Samaria and about half a million in Gaza.  For instance:

It was further reaffirmed on October 14 2004, when the Palestinian Election Commission stated that 200,000 overseas residents – over the age of 18 – were on the roster of eligible voters. Since in October 2004, 18 was the median age, the number of overseas residents, included in the census, expanded to 400,000 persons. On October29, 2014, the Palestinian Undersecretary of the Interior, Hassan Ilwi, told the Ma’an News Agency: “Since 1995, we have registered about 100,000 children born abroad.”

According to a 1946 document, compiled by Israel Trivus and submitted by David Ben Gurion to “The Anglo-American Committee of Inquiry” (“No Arab majority in the Land of Israel“), should one accept the official British Mandate Statistics – which echoed the Arab numbers with no scrutiny (as is the current practice) – then Arab natural increase in the Land of Israel is the highest in human history, dramatically higher than customary in the Arab World.

In 2018 – irrespective of the international norm to regurgitate official demographic numbers without due diligence – there are 1.85 million Arabs in Judea and Samaria (not 3 million as claimed by the PCBS), 1.6 million Israeli Muslim Arabs, 130,000 Israeli Druze, 130,000 Israeli Christian Arabs and seven million Jews – a 65.5% Jewish majority in the combined area of pre-1967 Israel, Judea and Samaria, compared with a 9% Jewish minority in 1900 and a 39% minority in 1947.  While Arab demography has experienced powerful Westernization, Jewish demography has benefitted from a robust demographic tailwind of fertility and an annual net-immigration of 25,000-30,000 in recent years.

The latter has been the most critical engine of growth of the Jewish State, representing a core value of the Zionist idea: the Ingathering (Aliyah) to the Homeland. In 2018, there is a unique window of opportunity for another wave of Aliyah from France, Germany, Russia, Ukraine, Britain, additional European countries, Argentina, the USA, etc.  Such a wave would follow the waves, which have enriched the Jewish State, every 20 years, since 1882, provided that Jerusalem revives the pro-active Aliyah policy, which was implemented by all Prime Ministers until 1992, but replaced by a pro-active absorption policy since 1992.

In 2018, Israel is the only Western democracy and advanced economy, endowed with a relatively-high rate of fertility, which facilitates the sustained growth of the economy, as well as a potential expansion of the military ranks – if necessary – while boosting the level of national optimism.

Against the backdrop of the aforementioned demographic documentation, the suggestion that the Jewish State is facing an Arab demographic time bomb, is either dramatically mistaken or outrageously misleading.  Or both…. 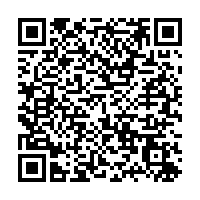