President Trump’s Palestinian policy aims to avoid the critical errors of his predecessors, who joined the 1993 Oslo Process, which relocated 100,000 PLO members – headed by Arafat and Mahmoud Abbas –- from their terrorist headquarters and bases in Tunisia, Libya, Sudan, Yemen and Lebanon to Gaza, and the mountain ridges of Judea and Samaria. It dramatically intensified the terror and hate-education infrastructures of these regions and misrepresented Arafat and Abbas as partners for peaceful-coexistence.

Therefore, it has failed to advance the cause of peace, while undermining US interests.
The Israeli architects of the Oslo Accord – and their US partners – genuinely aimed at extinguishing fire, but failed to realize that their pumps were filled with gasoline, not water.

Departing from the political-correctness of his predecessors and the State Department establishment, Trump has recognized the reality of hateful and non-peaceful coexistence nature of the Palestinian Authority, concluding that peaceful statements, on the one hand, and hate-education, incitement, the funding and heralding of terrorists and their families, on the other hand, constitutes an outrageous oxymoron.  On May 23, 2017, he stated, in Ramallah: “Peace can never take root in an environment where violence is tolerated, funded and even rewarded.”

Contrary to previous US presidents and Secretaries of State, since 1993, Trump does not ignore the significance of the K-12 Palestinian hate-curriculum – which has been shaped since 1993/94 by Mahmoud Abbas – as the most authentic reflection (much more than Palestinian statements for Western consumption) of the Palestinian Authority’s long-term strategy and worldview, and a most effective production-line of terrorists.

In contrast to previous tenants of the White House and Foggy Bottom, Trump has identified Mahmoud Abbas’ inherent rejection of a sovereign Jewish State, as articulated by Abbas’ January 14, 2018 speech, which was consistent with the 1959 and 2007 constitutions of Fatah and the 1964 and 1968 Charters of the PLO – both ruled by Mahmoud Abbas.  These documents highlight the Palestinian rejection of the existence – not the size – of Jewish sovereignty west of the Jordan River.

Unlike his predecessors, who adhered to the politically-correct view of the Palestinian issue as a core-cause of Middle East turbulence and a crown-jewel of Arab policy makers, President Trump has noticed the unbridgeable gap between the very generous Arab talk and the indifferent (and sometime negative) Arab walk when it comes to the Palestinian issue.  Arabs have never shed blood and sweat for the Palestinian cause, due to the subversive Palestinian track record in Egypt (1950s), Syria (1966), Jordan (1970), Lebanon (1970-1982) and Kuwait (1990).

Moreover, contrary to the politically-correct school of thought, Israel is experiencing unprecedented counter-terrorism and intelligence cooperation with Egypt, Jordan, Saudi Arabia and the rest of the pro-US Arab Gulf States, irrespective of Palestinian opposition.

For instance, the clear and present subversive, terrorist, conventional, ballistic and nuclear lethal threats posed by Iran’s Ayatollahs, who aim to extend their anti-US dominance from Iran through Iraq, Syria and Lebanon to the Mediterranean, from the Persian Gulf through the Indian Ocean to the Red Sea, from Yemen and Bahrain into the Arabian Peninsula, and beyond.

Notwithstanding the Palestinian issue, the Ayatollahs’ subversive/terrorist machete is at the throat of every pro-US Arab regime in the Persian Gulf and the Arabian Peninsula.  At the same time, independent of the Palestinian issue, Iraq, Syria, Lebanon, Libya and Yemen are still boiling, and the pro-US regimes in Egypt and Jordan are susceptible to domestic upheaval, threatening US interests, potentially advancing the interests of Iran, Russia and China.

Still, President Trump has reiterated his commitment to the politically-correct two-state-solution (“if both parties like it”), which would severely undermine vital national security interests of the US.

The proposed Palestinian state would intensify the aforementioned threats to the Middle East and US interests. It would doom the pro-US Hashemite regime in Jordan – with destructive ripple effects southward into Saudi Arabia and the Gulf – intensify Muslim Brotherhood terrorism against each pro-US Arab regime, and produce a tailwind to Iran, Russia and China, including landing, docking and base rights. The conduct of the proposed Palestinian state should be assessed against the backdrop of the well-documented
Palestinian track record of close ties with Nazi Germany, the Soviet Bloc, Iran’s Ayatollahs, (training) international terrorist organizations, North Korea, Cuba, Venezuela, Russia and China.

A Palestinian state would transform Israel – sandwiched between the Mediterranean and the mountain ridges of Judea and Samaria – from a unique strategic asset to a strategic liability. Rather than extending the strategic hand of the US, and sparing the US the mega-billion-dollar need to deploy additional military divisions and aircraft carriers to the Middle East, Indian Ocean and the Mediterranean, Israel would be transformed into a strategic supplicant/burden, whose existence would depend on the strategic hand of the US.

The reaffirmation of commitment to the two-state-solution – in the Middle East which has not experienced intra-Arab peaceful coexistence since the 7th century – could become the wish of both parties, but it would dramatically exacerbate Middle East instability, unpredictability and intolerant violence, critically undermining cardinal US national security interests.

For President Trump to introduce another peace initiative would ignore the failed track record of all third party (the US, Europe, the UN, etc.) peace initiatives, which intensified violence.  On the other hand, the only two successful peace initiatives were introduced directly by the parties (Israel-Egypt, Israel-Jordan), not through a third, well-meaning party.

Persisting in the commitment to a two-state-solution would cause President Trump to repeat, rather than avoid, the cardinal error of recent Presidents, who – unknowingly – attempted to extinguish fire with gasoline, not water. 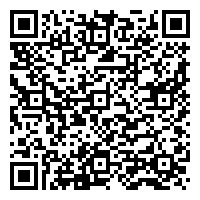