Home InDepth Analysis The Forecast For Jerusalem
Share on Facebook
Tweet on Twitter
The Israeli government and the Jerusalem municipality cancelled the ceremonies last Wednesday marking the fortieth anniversary of the unification of the city in the Six-Day War. A sudden thunderstorm hit the city in the late morning and early afternoon. With several of the capital city’s neighborhoods paralyzed under the torrents of rain and hail, the government and Jerusalem’s city hall chose to cancel the celebrations rather than risk having the participants washed away.

The late spring rainstorm was nearly unprecedented in the city’s meteorological history. And, given its rarity, the symbolism was impossible to miss. The Olmert government, like the Sharon government before it, has made little effort to hide the reality that maintaining Israeli sovereignty over the entirety of the eternal capital of the Jewish people is not a priority.

The government claims its decision to cut off Tzur Baher, Jebl Mukaber, Isawiya and Abu Dis from the capital is based on demographic considerations. It argues that placing these Arab neighborhoods outside the city’s boundaries will strengthen the city’s two-thirds Jewish majority in the long term.

The government’s determination to divide the capital city is based on faulty population data published by the Palestinian Authority and expanded on by the Israeli demographic establishment, which is dominated by Hebrew University Prof. Sergio Della Pergolla.

In advance of this year’s Jerusalem Day, Della Pergolla and the EU-funded Jerusalem Institute for Israel Studies with which he is affiliated published two demographic surveys which claimed that unless Israel splits the capital and transfers the Arab areas of the city to the Palestinian Authority, by 2020 the Jewish majority in the city will have dwindled to 60 percent and by 2035 Jews will become a minority in the city.

The findings published by Della Pergolla and the JIIS were analyzed by the independent American Israel Demographic Research Group. Led by American economist Bennett Zimmerman and Ambassador Yoram Ettinger, AIRDG found that the studies were based on a deterministic interpretation of Jewish emigration and Arab immigration rates to the city.

If current trends continue, over time, the Jewish fertility rate can be expected to outstrip the Arab fertility rate in the city. This is also the case in the greater Jerusalem metropolitan areas that are experiencing the same multi-year fertility trends.

The AIRDG report, which was released on Jerusalem Day, made clear that in light of the fertility parity the issue of Jerusalem’s demographic trends is now limited to an assessment of the durability of the current inverse Jewish and Arab migration rates. Lack of land for development in the city has caused a housing scarcity and an economic crunch. This state of affairs is causing Jews to leave the city. In 2005, some 6,300 Jews, or 1.4 percent of the Jewish population of the city, migrated out. Notably, the Jews who leave Jerusalem do not leave the metropolitan area but rather settle in the city’s western and eastern suburbs.

At the same time, Arab immigration to the city has resulted in a small increase in the capital’s Arab population. There are two central causes for increased Arab immigration into the city. First, Arab residents of the city receive child welfare allowances and unemployment insurance payments from Israel’s National Insurance. Second, the construction of the security fence has induced thousands of Arabs, who do not wish to live under the Palestinian Authority, to relocate to the city.

On the first issue, it should be noted that the level of welfare paid to Jerusalem residents and to Israeli citizens as a whole is a question of government policy preferences. As a direct consequence of the welfare reforms instituted by Likud leader Benjamin Netanyahu during his tenure as finance minister, which among other things decreased per child allowances, Arab fertility rates dropped in Jerusalem and countrywide.

The availability of land for municipal development, and the issue of Jewish emigration, which the current scarcity of land has caused, is also a question of government policy preferences. As the AIRDG report notes, the security fence aggravates land scarcity by placing vast tracts of Jerusalem’s land reserves outside the city’s truncated boundaries. Far from encouraging Jews to migrate to Jerusalem, the security fence that divides the city encourages Jewish emigration by raising real estate prices still further.

By removing Arab neighborhoods from the city’s boundaries, the security fence was supposed to decrease the number of Arabs in the city. Yet the opposite has occurred. As the AIRDG report points out, since 1967, 35,000-40,000 Arabs had left Jerusalem for adjacent neighborhoods in Judea and Samaria. The erection of the security fence reversed this trend.

Since construction began, 30,000 of these former Jerusalemites have moved back to the city. Another 13,000 Arabs who live in neighborhoods that the security fence placed outside the city have relocated into Jewish and Arab neighborhoods inside the fence.

So – perversely – the demographic argument used to justify the city’s partition is actually causing the Arab population to increase dramatically inside of the portions of the city that Olmert and his government colleagues wish to retain under Israeli sovereignty. Moreover, the government and the leftist demographic establishment’s determination to maintain the city’s Jewish majority by partitioning the city is limiting space for metropolitan expansion, raising real estate prices within the city’s boundaries and encouraging Jews to leave.

Arabs, no longer in fear of being transferred to PA rule, will stop inundating the city. With the land scarcity problem solved by the wide expansion of the city’s boundaries, real estate prices would drop and Jews would return to the city in appreciable numbers.

The rainstorm on Jerusalem Day could not have been prevented. But what the AIRDG report shows conclusively is that whether the long-range forecast for the eternal capital of the Jewish people is dark or sunny is far from preordained. The future of Jerusalem is in the hands of the Israeli government and of the Jewish people as a whole. 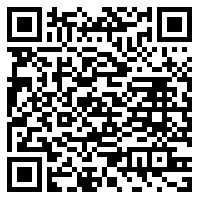