*Editor’s Note: Part X in a new series on the Holocaust from Alex Grobman, PhD

In the East, “most of the Jews” were murdered through mass executions–“a killing procedure that had proven its effectiveness, despite [Reichsführer SS] Himmler’s concern about the side effects for the perpetrators” and frequent objections from within the German hierarchy, according to historian Christopher R. Browning. [1] By the end of 1941, between 500,000 and 800,000 Jewish civilians had been murdered and whole regions were reported to be judenrein (free of Jews). Many of the surviving Jews were imprisoned in ghettos established at the beginning of August 1941. [2]


From the beginning of Operation Barbarossa until the end of September 1941, the number of victims murdered had increased from “hundreds to many thousands,” and expanded to include Jews of every age and both sexes. In the occupied Soviet Union, more than 76,000 were killed in Lithuania. More than 44,000 were murdered in Ukraine by early September; in Kamenets-Podolsk nearly 24,000 Jews were murdered between August 27 and 30; and in the Babi Yar ravine near Kiev, 33,771 were murdered on September 29 and 30. [3]

On December 12, 1941, Himmler instructed his unit commanders to organize “comradely get-togethers” whenever they completed an operation in which the “enemies of the German people” had been given “the just death sentence.” The goal of these evenings was to expose the men to music and lectures leading them “into the beautiful regions of German spiritual and cultural life.” [4] Himmler expected his commanders and officers to be personally accountable, so the spirit and character of their troops did not suffer as a result.  [5]

Historian Edward Westermann points out “these fellowship evenings” were specially designed “to help ‘wipe away’ (verwischen) the effects of daily duties associated with mass murder. Drinking was not only a key element in the celebration of organized murder but was also associated with traditional holiday celebrations that subsequently evolved into additional, spontaneous acts of violence. Finally, the question of when alcohol should be provided and consumed before, during, or after mass killings was an important one from the point of view of the perpetrators as it directly influenced the ‘efficiency’ of these operations.” [6]

Many members of the Einsatzgruppen, Westermann said, consumed alcohol to prepare them for mass murder and to enable them to cope with their part in it. Alcohol also reduced latent inhibitions and intensified prevailing ideological biases. This ultimately reflected the regime’s repudiation of conventional social mores and legal safeguards with regard to the alleged enemies of the state. [7] Even those not directly involved in mass murders witnessed a new meaning of normalcy. Beneath the pretense of altruistic dedication to Germany, alcoholic and sexual excesses were widespread. [8]

In an effort to “compartmentalize and minimize any psychological trauma associated with the murder of people who did not fit the conventional image of the enemy,” the Germans attempted to develop tactics for Wehrmacht troops limiting or circumventing direct contact in identifying or apprehending the victims.

“Vague and euphemistic terminology” were used in describing those murdered and being pursued. Terms such as “strange to village,” “wanderer,” “suspect civilian, ”partisan helper,” and “civilian without identification” indicate the approximate and variable nature of these classifications. [9]

Some soldiers took “emotional refuge” when declaring they were “merely” involved in securing the periphery of the area, searching houses, guarding victims. Any action other than actually firing provided the soldiers with the opportunity to assure themselves that they were really not involved in mass murder. A comment from a soldier involved in the 354th in which shooting occurred, illustrates this point. “We soldiers were merely employed in the encirclement,” he said. “We had nothing to do with the killings.”[10]

Members of Einsatzkommando Tilsit, stationed mostly in Lithuania and the Zhitomir region in Ukraine, as well as those involved in Hitler’s Willing Executioner’s massive army, had no idea before being drafted, that they would be expected to murder Jews. When one policeman heard what awaited him, he declared, “Du bist ja verrückt” (You must be mad!). His informant responded: “Ihr werdet ja sehen!” (Wait and see!). “Yet with little more than a ripple of recalcitrance, the policemen followed the order to shoot, fully aware that they were killing innocent civilians. They soon even became accustomed to the routine, and designed a clear and consistent genocidal strategy to familiarize themselves with the practice of liquidation. As already mentioned, the language used concealed the killing, the orders given sanctioned the murder.”[11]

To prepare the troops, a series of exercises were developed to strengthen the bonds within the group to ensure the police and SS units were in accord with Nazi ideology, especially antisemitism. Men were exposed to antisemitic literature and lectures, and anti-Jewish films and documentaries frequently on the night prior to a Judenaktionen. [12]

As part of the bonding experience, an engineer attached to Einsatzgruppe C said that when participating in the first shooting, he was “instructed to aim at the head from a distance of about ten meters.” He managed to shoot five times. When the “nervous strain” became too much for him, he stood back. Either a private or lance-corporal from the Wehrmacht took his carbine and position in the firing squad. Every member of his unit was expected to shoot at least one person. He was not reprimanded for refusing to continue firing. [13]

Otto Ohlendorf, commander of Einsatzgruppe D, said he only approved “for several people to shoot simultaneously, in order to avoid any individual having to take direct personal responsibility.” [14]

A member of Sonderkommando 6 reported “there were numerous men who were no longer capable of conducting executions and who thus had to be replaced by other men.” At the same time, “there were others who could not get enough of them and often reported to these executions voluntarily.” [15] As SS Hauptscharführer Felix Landau, assigned to an Einsatzkommando stood before people he was about to shoot, he wrote in his dairy “Strange, I am completely unmoved. No pity, nothing….”  [16]

“Pangs of Conscience or Expressions of Disquiet”

Perpetrators unable or unwilling to participate in mass shootings were not sanctioned. “The attrition rate from psychological problems connected to the killings was not insignificant,” observed historian Konrad Kwiet.  During the massacres, a number of marksmen in Einsatzkommando Tilsit, became nauseous and suffered from nervous tension. In Palanga, a resort town on Lithuania’s Baltic coast, a group of 22-year-old German Air Force conscripts, still in basic training, were ordered to augment the members of the execution commando unit. They were clearly inept as shooters, because they trembled with apprehension when confronting the “enemy,” and shut their eyes as they fired their weapons. Comparable responses were reported at many other locations. [17]

These incidents appear to have been recurring situations, in which the gunshots of inexperienced, anxious, or inadequately trained marksmen, “tore open the heads of their victims, spraying bone, brain matter, and blood into the faces, hands and uniforms of the murderers.” On many occasions, this resulted in “vomiting attacks” or developing “severe eczema or other psychosomatic disorders.” Special wards and later sanatoriums and resorts operated by the SS managed their care. [18]

Occasionally, particularly at the outset of the murderous campaign, some perpetrators were troubled by “pangs of conscience” or “expressed disquiet.” As Konrad Kwiet noted, “no one who disobeyed a killing order was ever sentenced to death by the special SS and police courts.” Those who refused, were “demoted, transferred, or dismissed.”[19]

To minimize the anguish at the execution sites, Einsatzgruppen commanders, their deputies and adjutants often visited the locations. Otto Ohlendorf said he inspected the process to confirm the shootings were being conducted to military standards and “humane under the circumstances.” [20]

Even with the angst, the murders frequently produced, “a festive atmosphere.” Group pictures were taken to capture the moment. In the Lithuanian cities of Gargždai, Kretinga and Palanga, rations of Schnapps were dispensed after each Judenaktion. Joyous and loud dinner parties occurred in the evenings at local inns that were pre-reserved and pre-paid usually with money stolen from Jews. [21]

Although such evenings did not resemble “Himmler’s idyll of German Gemütlichkeit (comfortable atmosphere, coziness),” there is no question festive celebrations provided the impetus for the men to continue what he had expected of them to do. They allowed the troops to “bond, unwind,” create a sense normality, voice their frustrations, and to see themselves as “members of a community of fate,” which was part of Himmler’s immediate and long-term strategy. [22] 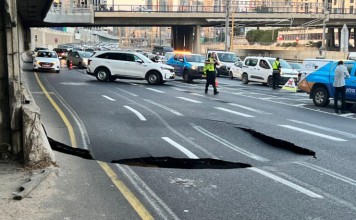