In 1998, former Chilean dictator Augusto Pinochet traveled to Britain, where he was arrested on charges, issued earlier by a Spanish judge, of mass murder and torture. Over a year later, Pinochet was returned to Chile, where he was indicted for these crimes. Out of this and similar cases, including African war lords responsible for untold death and destruction, and based on the precedent set by trials of Nazi war criminals, the concept of universal jurisdiction was developed. Each country could use its legal system to hold mass murderers from other countries accountable, and, at the end of the 20th century, the International Criminal Court was established to pursue similar objectives.

While ostensibly a positive step towards ending immunity for dictators and war criminals, these mechanisms are also subject to manipulation through false claims, under the general framework of “lawfare.” Indeed, a number of governments, particularly in Europe, have made public funds available to individuals and organizations that specialize in lawfare, making the issue into a lucrative industry, with little to no regulation or supervision.


In this context, the case of Mr. Phil Shiner, a British “human rights” lawyer at a firm calling itself “Public Interest Lawyers,” is particularly disturbing. Shiner was one of a number of individuals who reportedly made large profits by persuading and bribing Iraqi detainees to make false allegations (lies) of murder and torture against British soldiers. The troops had been ambushed in a three-hour gun battle that ended with the capture of a number of the attackers, who, it was alleged, were killed and their bodies mutilated by the British forces. These claims were repeated in media accounts and elsewhere without any independent confirmation.

However, many years later, a government inquiry concluded that the allegations were “wholly without foundation and entirely the product of deliberate lies, reckless speculation and ingrained hostility.” In addition to the pain and misery caused to the falsely accused soldiers and their families, the UK government spent over £30m “on investigating what proved to be false and dishonest allegations.” Shiner, who was found to have paid a “fixer” in order to bribe witnesses appearing before the inquiry, was exposed and disbarred, based on 12 charges of misconduct, and his firm was closed.

The UK case is particularly egregious, but far from unique. False allegations of war crimes, floated for financial, political and ideological objectives, have become widespread, particularly in the age of mass terror. In Belgium, a group of fringe political activists exploited very loose universal jurisdiction laws to pursue former American political and military officials, including former Secretaries of Defense and State (among them Henry Kissinger), Attorneys General, as well as top military officers. In 2003, then Secretary of State Rumsfeld warned officials that if this continued, NATO would leave its headquarters in Brussels. The Belgian government got the hint, but the threat of exploitation there and other European countries continues, including in the UK.

Israeli military and political officials are also subject to campaigns seeking to criminalize counter-terrorism. In 2010, Judge Richard Goldstone acknowledged that an inquiry into the 2008-2009 Gaza conflict that he chaired under the auspices of the United Nations Human Rights Council, was based on invented allegations. After putting his name on a 500-page report that recycled rumors and unverified “testimony,” Goldstone wrote that there was no evidence to support claims of deliberate killing. His reputation and career were destroyed.

Goldstone’s bogus report, like the UK scandal, was the product of the lucrative and well-funded “war crimes” industry, led by dozens of powerful non-governmental organizations (NGOs) claiming to promote human rights. Amnesty International and Human Rights Watch (HRW) are among the main culprits. Founded to campaign for political prisoners, neither had any knowledge of the complexities of counter-terrorism when they reinvented themselves as experts on war crimes and interpreters of the law of armed conflict.

This agenda is the basis for large grants from government officials and private foundations, and also fits the radical anti-Western and anti-democratic ideologies of NGO leaders. The ranks of Amnesty, HRW and the numerous local groups that focus on the Arab-Israel conflict are filled with individuals who fervently believe that the world is divided automatically into colonialists and “victims,” with the democratic West as the former, and everyone else as the latter. NGO “research reports,” often based on rumors or lies, as in the case of the UK soldiers in Iraq, are taken at face value. Since few journalists and government officials understand international humanitarian law, and even fewer are able to verify any of the “war crimes” claims related to anti-terror operations in Iraq, Afghanistan, Gaza, and elsewhere, the NGO version of events is generally repeated without challenge.

In order to prevent abuses, the leaders of the “war crimes” industry, and government funds they receive, must be subject to much closer regulation and oversight. Journalists have the professional obligation to independently examine evidence before giving the allegations and reports credence. Similarly, diplomats and members of parliaments would be well advised to examine the accusations closely, and ensure that international legal structures, created for exceptional cases of bringing murderous dictators to justice, are not exploited and trivialized. 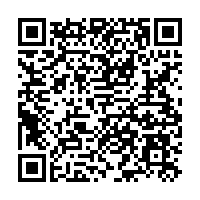