As Iranian and Western negotiators reportedly edge closer to agreement on Iran’s nuclear future, many commentators will be asking themselves a similar question. Will a new deal endure and provide stability for the Middle East and the world?

As always, the key factor when determining whether an arms control treaty will actually work is the readiness of both parties to stick to its terms. Here, recent history does not bode well.

Back in March 2004, inspectors from the International Atomic Energy Agency (IAEA) discovered that at a nuclear site in Iran, known as Lavizan-Shian, six buildings had been dismantled and the earth in the area dug out to a depth of about 2 meters.

Tehran had committed itself to allowing inspections under an IAEA Safeguards Agreement. Yet the apparent purpose of the removal of this dirt was to make it more difficult, if not impossible, to obtain radioactive samples.

A great deal has changed since 2004 and not for the better. True, the P-5 plus one powers (China, France, Russia, the UK and US; plus Germany)concluded a nuclear agreement with Iran in 2015, the JCPOA, which was left unsigned. This deal suffered from a number of notable blind-spots – particularly its failure to cover Iranian missiles or any delivery systems.

In the past, when the UN drafted resolutions covering Saddam Hussein’s weapons of mass destruction in Iraq, they required that ballistic missiles beyond the range of 150 kilometers had to be removed or destroyed under international supervision. Missiles of this range were prohibited outright; they could not be manufactured or transferred to surrogates like Hezbollah.

A decade later, and no such provisions were created for Iran under the JCPOA. Consequently, Iran’s ballistic missile capacity grew, both in numbers and quality, including the range and accuracy of its missile force.

Today, even before it perfects a deliverable nuclear weapon, Iran is already altering the balance of power in the region, as demonstrated by the January 2020 Iranian attack against US troops at the Ayn al-Assad Airbase in Western Iraq, that left 110 American servicemen with brain injuries. Iranian proxy forces, such as Yemen’s Houthi movement, have unleashed repeated strikes in the last three years at the heart of the Saudi capital, Riyadh, using ballistic missiles and drones.

The outgoing commander of the US Central Command, General Kenneth McKenzie, issued a statement in mid-March saying that Iran now had 3,000 ballistic missiles. These, he argued, had become the greatest threat to Middle Eastern security. Moreover, Iran’s proxy, Hezbollah, had acquired nearly 150,000 rockets.

Supporters of the deal argued that reaching some agreement over its nuclear capabilities would help moderate Iran’s overall behaviour. But this proposition was soon tested with the conclusion of the JCPOA in 2015. In the event, the exact opposite occurred.

According to one British study, after 2015, the number of militant Shiite militias rapidly increased. The Middle East became far more dangerous. The removal of Western economic sanctions prepared the groundwork for funding militias across the region, especially in Iraq, Syria and Yemen.

The Islamic Revolutionary Guards Corps (IRGC) was Iran’s chosen instrument for spreading the new militancy. Stripping the IRGC of its terrorist label, as the JCPOA did, is not just morally and factually wrong, it is likely to empower that network to conduct more attacks since it reintroduces a degree of impunity to IRGC actions, even when they are incontrovertibly acts of terror.

Earlier this year, the IRGC took credit for a rocket attack targeting the US Consulate in the northern Iraqi city of Erbil, launched with a dozen Iranian rockets. The IRGC’s role should not have come as a surprise. It has been a pivotal player in some of the worst Iranian-backed strikes since it was formed not long after the Islamic Revolution in 1979.

The IRGC had a role to play in the attack by Shiite militants in Beirut in 1983, when the US Marine Corps barracks was bombed and 241 US servicemen lost their lives. It was also instrumental in organising the 1996 attack on Khobar Towers in Saudi Arabia that killed US Air Force personnel. Its role has become global, extending well beyond the Middle East. In 2015, its partner, Hezbollah, was caught stockpiling explosives on the outskirts of London.

One of the legacies of the 9/11 attacks was to alert the West to the dangers emanating from Sunni organisations such as al-Qaeda. Yet through the work of the IRGC, a powerful Shiite militancy is also spreading, promulgated by Iran. This cannot be overlooked.

The ongoing negotiations between the West and Iran will undoubtedly influence Tehran’s power projection capabilities in the future. Without some major change in Iranian intentions towards Western states, European countries are not likely to remain merely political rivals. They could soon become the very real targets of Iran’s increasingly robust missile forces. 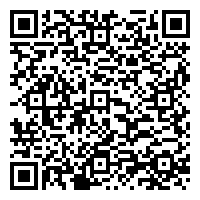