Justice Anthony Kennedy, who wrote the opinion in the recent Supreme Court decision regarding Congress directing the State Department to recognize Jerusalem as the capital of Israel, stated that “over the last 100 years, there has been scarcely any debate over the President’s power to recognize foreign states.” Kennedy stated it was “clear”, “Congress wanted to express its displeasure with the President’s policy, by among other things, commanding the Executive to contradict his own, early stated position on Jerusalem. This Congress cannot do.”

As you know it has been a long stated position of President Obama that the final status of Jerusalem will be determined in negotiations between the State of Israel and the Palestinians. The Supreme Court merely ruled on the powers of the Executive and the Legislative branches of our federal government and not on the appropriateness of recognizing Jerusalem as the capital of Israel.


The position of our President, I believe is challenged by the following:

1- Article 1 of the Montevideo Convention on Rights and Duties of States, provides the recognized criteria of statehood in international law. A State is an international person if it has : “(a) a permanent population; (b) a defined territory; (c) government; and (d) capacity to enter into relations with other states.”. It seems apparent to met that Israel fulfills these criteria including a defined territory which includes Jerusalem as its capital. In fact as a matter of history, Israel was declared a sovereign State by the international community by a vote of the United Nations in May 1948. Attacked almost immediately, its victory in battle resulted in its control of part of the city of Jerusalem which it declared its capital. In 1967 again attacked by its neighbors, its victory resulted in the control of the entire city of Jerusalem which in 1980, with the passage of the Jerusalem Law, Israel declared to be its “complete and united” capital.

3- “To the victor belong the spoils. In a war or other contest, the winner gets the booty. The proverb originated in the United States and was first used in 1832 by Senator William L. Marcy of New York. Senator Marcy was quoted as saying, in 1832, “They (Democrats) see nothing wrong in the rule that to the victor belong the spoils of the enemy.” From “Random House Dictionary of Popular Proverbs and Sayings” by Gregory Y. Titelman.

Let’s see how this last concept played out in the aftermath of war not by dictators or potentates but in our own American history in the aftermath of the U.S.–Mexican War precipitated by the U.S. annexation of Texas in 1845. The war lasted a year and a half. Almost at the onset we occupied New Mexico and California. The Treaty of Guadalupe Hidalgo forced the Mexicans to give the territories of Alta California and New Mexico to the United States in exchange for $15 million. Mexico accepted the loss of Texas. The Rio Grande became its national border. American expansion to the Pacific Ocean was the goal of President James K. Polk, the leader of the Democrat Party.

And now to recent history in the Middle East – In 1967 Israel was once again attacked by its Arab neighbors. Unlike the United States in its battle with Mexico in which we were able to claim victory after one and a half years, Israel was able to claim victory in only 6 days! As regards territory, the war ended with Israel in possession of Sinai, Gaza, Judea and Samaria, and most significantly, the now undivided capital of the State of Israel and the Jewish people, Jerusalem. Israel was not the aggressor. It had no desire for expansion as did President Polk in the US-Mexican war.
Almost immediately after a miraculous victory, there were those within Israel and the Jewish community at large who realized the Arabs living in these newly attained territories posed an existential problem for Israel. For if Israel fully annexed these territories, as a democracy, it would have to provide millions of Arabs with the full rights of citizenship, no different than Arabs who live in Israel proper today. Given demographics and birth rates, it was conceivable the concept of Israel being the Jewish state could be placed in jeopardy by the ballot box. This issue in and of itself laid the groundwork for some sort of capitulation on the part of Israel. Over the years many plans have been floated all to no avail because there is no negotiating partner on the other side. When Arafat was offered more territory than he required, including half of Jerusalem to be the capital of the so-called Palestinian state, his infamous response was “not enough.”

In spite of the intransigence of its foes, Israel has already ceded Sinai to Egypt for the mere recognition of its existence and unilaterally ceded Gaza to the so called Palestinian indigenous population, actively ensuring it would be Judenrein by forcibly, in violation of the UN’s human rights laws, removing the Jewish farmers who had moved there with the support of the Israeli government.

Recently, Dennis McDonough, President Obama’s chief of staff, ignoring the actions of Israel in the past, stated in a speech before the annual conference of J Street, “An occupation that has lasted for almost 50 years must end, and the Palestinian people must have the right to live in and govern themselves in their own sovereign state.” No doubt, his remarks were cleared with our commander-in-chief. It appears, when it comes to Israel, the White House has invented a new proverb to replace the one coined by Senator Marcy – To the belligerent aggressor and the defeated on the battlefield belong the spoils. 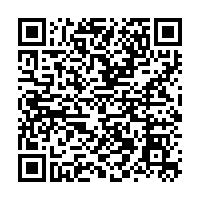