A new study published last month in the American Journal of Physiology-Heart and Circulatory Physiology shows that the act of Jewish men tightly wrapping tefillin straps around their arms in the morning may be helping to ward of heart attacks.


“We found people who wear tefillin in either the short or long-term, recorded a measurable positive effect on their blood flow. That has been associated with better outcomes in heart disease,” said study co-author Dr. Jack Rubinstein, a cardiologist and associate professor at the University of Cincinnati.

The wearing of tefillin—leather boxes containing specific passages from the Torah, and affixed to the head and arm with long leather straps—is prescribed as a daily obligatory ritual for men as set out in the Torah, which mentions the commandment in the book of Exodus and book of Deuteronomy.

The results of the study appeared to bolster Israeli research that found that religious Jewish men suffered fewer heart attacks than other men.

In the American study, nine Cincinnati men who wear tefillin daily were studied in comparison to 11 who do not.

The study showed that men who wore tefillin daily had fewer signs of inflammation in their blood than the non-tefillin wearers. It also found that blood work improved in men after just one application of tefillin.

Rubinstein said the tight binding of the arm and associated discomfort may offer protection against “acute ischemic reperfusion injury,” in which the heart is deprived of oxygen during a heart attack and then damaged by the reintroduction of oxygen.

The researchers said the pain serves a pre-conditioning that offers protection.

Research has shown that animals who have been induced to have small heart attacks were less likely to have larger, more serious heart attacks in the future. Rubinstein said that because it is otherwise difficult to precondition men to ward of heart attacks, the wearing of tefillin provides protection because it is applied every day of the week, except Shabbat. 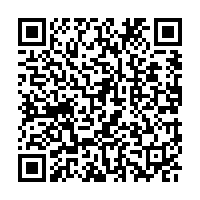