In totalitarian societies, people are wary of telling others what they “really think.” Given the Iranian government’s ability to suppress its internal opponents, we should be extremely suspicious of public opinion surveys: the Iranian people are simply not going speak openly to anyone other than intimates and long-trusted friends, or it might not be “good for their health.”

Even so, this does not mean that we cannot know what they are thinking. In such circumstances, the joke, the proverb, and satire are key: today’s joke and proverbs about their rulers are stinging to say the least. Iranians know how to insult their leaders subtly, without making direct references to the tyrants that rule them.


For example, a well-known satirist, known as Aali Payam, recently stood before an audience in Iran and said: “I will not speak about the [Iranian] elections any more… We are at a sensitive time… They [the Iranian government] took a colleague in for questioning and asked him, ‘Don’t you realize we are at a sensitive period?’ The colleague replied: ‘We have been at a sensitive period for the last 333 years. Did you hear that Qaddafi told Saddam [both in hell] to get ready, they are going to have a guest? One of these days Bashar Assad will arrive!'” As the satirist cannot criticize the Iranian government directly, he does the next best thing: he pokes fun at Syria’s Bashar Assad, one of the Iranian regime’s strongest allies, to imply that if the Iranian regime supports Assad, Qaddafi and Saddam, Assad’s days on earth, like Saddam’s and Qaddafi’s, are numbered. (See video)

Another video called “2 + 2 = 5” makes the point even more clearly. Elementary school boys are in a classroom. Suddenly the teacher comes in and the boys instantly stop their banter. The teacher tells them that the principal is about to speak to the whole school over the Public Address system with an important message, which turns out to be that their teachers are about to teach them an important message. Thereafter, the teacher writes on the board: 2 + 2 = 5. The boys say that the answer is 4. The teacher sternly repeats 2 + 2 = 5, and tells the boys to write this in their notebooks. Most of the boys follow the teacher’s instructions, but one insists that the answer is 4. A moment later, three older students with red arm-bands come into the class and the boy who said “4” is told to go up to the board. The teacher yells at him to write 2 + 2 = 5. The boy writes 2 + 2 = 4. The three older students with red arm-bands then take out guns and shoot the boy. As blood spurts out, the boy falls to the ground. The teacher then instructs the three boys with the red arm-bands to remove this “object from the room.” The other boys are petrified. The teacher tells them to write in their books 2 + 2 = 5. All do so, except one boy then erases the “5” and writes “4.” [Note: This video was clearly made by Iranians outside the country: it has subtitles in English and Thai.]

When Iranians escape their country, they are usually perfectly willing to say privately what they think, so long as they can maintain anonymity. They know that members of the Iranian regime are skilled at spying on Iranians abroad and could threaten their relatives still living in Iran. In totalitarian societies, only family relationships can be trusted; Iran is no exception.

Over the past year, more and more Iranians have been finding ways to communicate with their friends and relatives abroad in ways which should encourage the world to ratchet up the pressure on the regime.

It is now quite common to hear Iranians say that life is becoming unbearable in Iran. During the past year, the cost of living has become so expensive that even middle class people can no longer afford the basic necessities of life. People are finding ways to tell their friends and relatives outside the country that they are waiting for the day that this regime is gone so that they can lead some sort of normal life. 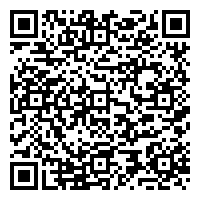