Recent reports of a major British supermarket chain tightening its boycott on products from Israeli companies and businesses beyond the Green Line has again raised the question about the effectiveness of such boycotts. The questions should not be how effective they are, but rather who is affected by them. The answer is that those harmed by boycotts on Israeli products from Judea and Samaria are first and foremost the Palestinians themselves.

There are fourteen industrial centers dispersed throughout Judea and Samaria, which include some eight hundred factories and businesses. Seventeen thousand employees work at these centers, eleven thousand of them Palestinians. According to data presented by the Palestinian Bureau of Statistics, the employees earn two to three times more than the average pay earned by the Palestinian population, and receive – as prescribed by Israeli law – full social benefits. Based on the Arab familial structure in the region that is comprised of Hamulot, large families, it is estimated that these workers support over 100,000 people who are dependent on them.


A secondary source of livelihood has developed around these centers in the form of the provision of transportation for the employees, haulage of product and materials, services and equipment suppliers, so an even larger segment of the local population makes a living through Israeli entrepreneurship in this region.

The Palestinian Authority has recently encountered a severe financial crisis, which intensifies the Palestinian need for these workplaces in the settlements.

Firas Raad, representative of The Quartet, has stated that it’s a fact that economical cooperation is good for both sides. Israel provides a large and strong economy, financial and technical knowledge, transit capabilities and contacts with outer markets, and the Palestinians offer a quality and comparably cheap workforce.

Therefore, boycotting Israeli products from the settlements essentially harms Palestinian livelihood. If these factories are shut down, most Israeli workers will find another source of employment, as opposed to the Palestinians who will have no source of income. Such an example occurred recently when a factory from the Barkan industrial park was moved within the Green Line. The Jewish workers were able to keep their jobs, as opposed to the ninety Arab workers from the nearby villages who lost their jobs because they did not receive the proper work permits.

It is sufficient to mention the disengagement from Gaza, which resulted in the destruction of the many fields, green houses and factories that provided a source of employment for the local population. These workplaces were shut down after the disengagement, leaving many Arabs, who were former employees, behind with no source of income.

All these facts stand in stark contrast to claims of usury and disinheritance of the Palestinians that are lobbed against the Settlers. 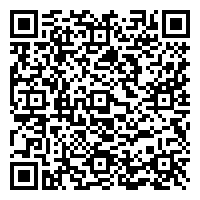