The year 1915 was a difficult time for the world and for the Jewish people which was caught in the middle of the storm. As the year began, the First World War was sweeping over Europe in all its fury leaving much of Jewry devastated. By that time, hundreds of thousands of Jewish men were being called up for service. On the Eastern Front in Poland and Galitzia, armies would wreck disaster upon entire Jewish communities. In the Land of Israel, the Jewish community faced dire threats.

On August 3, 1914, just days after the outbreak of war, the Russian army launched a failed invasion of Germany. At Masurian Lakes, German forces pushed back Russian forces and soon invaded Poland (which was under Russian occupation for over a century). With the Russian retreat, Jews were blamed for their severe losses. Jews would soon face a deluge of accusations of disloyalty ranging from spying for the Germans, firing on Russian troops, signaling the enemy, and smuggling money. One of the most common accusations was that Jews were communicating with the enemy by futuristic hand held phones. In one example, on the Sabbath, the police entered the synagogue in a village and ordered that the Torah Scrolls be removed so they could search for secret telephones. How bizarre that the sons of so many members of this congregation as all other communities suffering at the hands of their fellow Russians, were at the front fighting for the Czar. By June, 1915, well over a half million Jews filled the ranks of the Russian army. These accusations led to devastating pogroms and forced expulsions. The Czar’s uncle, Nikolai Nikolovich, who was the chief of the military, issued decrees expelling Jews from areas near the war front under the bogus pretext of spying.

On January 25, under Nikolovich’s direct orders, one hundred thousand Jews were expelled from areas around Warsaw. Many found their ways to nearby cities such as Warsaw, Lublin, Radom, and Kielce. The shtetl dweller now in the cities were relieved from the pressure of Russian pogroms, but they would tragically soon face starvation and disease under the eventual German occupation in the ensuing months. As the German Army continued to drive east towards Lithuania, the expulsions became increasingly severe. The expulsions perpetrated by the Russians were the worst against the Jews since Roman times.

To the South of Poland, in the land of Galitzia: A land where one million Jews who were proud citizens of the tolerant Austro-Hungarian Emperor, Franz Josef, lived. By December 1914, the Russian army had gained control of Austro-Hungarian province of Galitzia and they proceeded to terrorize its one million Jews. Accompanying the Russian army were rogue Cossack units whose record of horrors perpetrated against Jewish communities is infamous in the annuls of Jewish history. Thousands of Jews were murdered in pogroms, many more were wounded and had their belongings plundered. Hundreds of thousands were expelled by decree or had fled for their lives to areas within the empire to the south.

The sudden change in Galitzia was unimaginable to its residents who had experienced freedom for decades. Suddenly, they too faced the predicament of their brethren to the north under the Czarist Empire. Jewish historiographer and former revolutionary, Shalom Anski, who came to the aid of his fellow Jews, described the situation facing Jewry in Galitzia as if “a tribe of Israel had been cut off.” As a German/Austrian counter offensive in February pushed Russian soldiers back, fleeing Russian forces again assaulted those Jewish communities that had not yet fled or been expelled.

The events of early 1915 forever changed to very fabric of Eastern European Jewry.

In the Land of Israel, the outbreak of war endangered the entire Jewish community of 90,000. On that day, October 28, 1914, when the fledgling Ottoman Empire had officially joined on the Central Powers, (Germany, Austria-Hungary) some Jews who had hoped that the Ottomans might support a Zionist enterprise, would soon discover that their hopes were misplaced. The governor of Syria, Jamal Pasha soon moved against the Yishuv rounding up Jews with Russian passports as well as Zionist activists. As expulsions of Jews commenced others fled to escape the oppressive environment. One figure puts the numbers of Jewish exiles from the Holy Land by early 1915 at 11,277. Most of the evacuees were brought to Alexandria Egypt with American assistance on the USS Tennessee, and from there to the nearby Marfuza refugee camp. Those who remained faced starvation and disease as the Turks hoarded badly needed food supplies.

From Egyptian exile, on March 15, 1915, members of the Palestine Refugees Committee assembled and voted to form a Jewish fighting force to fight alongside the British with the expectation of joining a future allied incursion into the Land of Israel. The British high command did not assent to this request, but recommended a Mule Corps: a unit whose mission would be to supply troops in fighting the Turks at a place called Gallipoli. One of its mentors Josef Trumpeldor, justified the formation of a Mule Corps, though the notion seemed degrading, in the belief that any fighting force would benefit the cause of Zionism, “all paths lead to Zion” he stated. The commander of the Corps, the British Lieutenant-Colonel, and stalwart Zionist, John Henry Patterson, enthusiastically penned in his memoirs regarding the Zion Mule Corps, “I had to ask myself were it all a dream.” Following the Allied failure at Gallipoli, the Zion Mule Corps disbanded, but it was the beginning of a distinguished military force.

Amid the turmoil, the struggle for Zion intensified, by 1918, the newly formed Jewish Legion was participating in the British conquest of Palestine from the Turks.

The year 1915, was one of immense sufferings. It was a time of dread, of fear, of darkness, as the prophet Jeremiah wrote, “Our pursuers were swifter than eagles in the sky: they chased us in the mountains, ambushed us in the streets.” Yet during those trying times glimmers of hope began to appear. 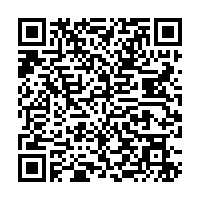