The 1993 Oslo Accord between Israel and the Palestinians was introduced by Prime Minister Yitzhak Rabin and Foreign Minister Shimon Peres, surprising U.S. President Bill Clinton, who then facilitated the signing of the agreement. Similarly, the 1994 Israel–Jordan peace treaty was the brainchild of Prime Minister Rabin, adopted by King Hussein, and codified by President Clinton during the signing ceremony.

In contrast, several U.S. peace initiatives not only failed to produce peace, but inadvertently fueled Arab belligerence. They were based on the morally wrong and strategically flawed “land for peace” concept, which rewards aggressors instead of penalizing them, thereby fueling further aggression and punishing the intended victim.


Failed U.S. peace initiatives include the 1949-50 bullying of Israel to “end the occupation of the Negev,” to internationalize Jerusalem and allow Arab refugees to resettle in Israel; the 1970 Rogers plan; the 1973-75 Kissinger-orchestrated initiatives; the 1982 Reagan plan; the 1989-1992 Bush–Baker “foreswear Greater Israel” initiative, culminating in the 1991 Madrid Conference where Prime Minister Yitzhak Shamir rejected “land for peace”; the 1998 Wye River Conference; the 1999 Sharm el-Sheikh Conference; the July 2000 Camp David Summit and the December 2000 “Clinton Parameters”; the January 2001 Taba Summit; the 2002 “Road Map”; the 2007 Annapolis Conference; and the 2009-2012 enshrining of the 1949 cease-fire lines, the re-partitioning of Jerusalem and the freezing of Jewish construction in east Jerusalem, Judea and Samaria.

The attempt to serve as an honest broker between Israel and the Palestinians has defied reality and U.S. interests. While Israel has been an unconditional ally of the U.S. and a role model for countering terrorism, the Palestinians have actively and ideologically sided with U.S. enemies and rivals: Nazi Germany, the Soviet Bloc, Saddam Hussein, Osama bin Laden, North Korea, Iran, China and Russia. They celebrated the Sept. 11, 2001, terror attacks; condemned the execution of Saddam and bin Laden; participated in the murder of 300 U.S. Marines during the 1983 bombing of the U.S. Embassy and Marines headquarters in Beirut; murdered two U.S. ambassadors in Khartoum in 1973; and established an anti-Semitic and anti-U.S. education system – which has manufactured a line of anti-U.S. terrorists and suicide bombers.

U.S. mediation has been based on the false assumption that the Arab–Israeli conflict is a root cause of Middle East turbulence, creating a delusional connection between the 100-year-old Arab–Israeli conflict and the overarching 1,400-year-old intra-Muslim turbulence in the region. It has diverted U.S. resources from primary to secondary causes of instability in the Middle East, thus undermining U.S. deterrence. It has radicalized Arab expectations for sweeping Israeli concessions, thus inflaming Arab belligerence and terrorism and intensifying tension between U.S. and Israeli administrations. It has clouded U.S.–Israel strategic cooperation while threats increase: The anti-U.S. Arab street is raging; the U.S. is reducing its military presence in the Middle East and cutting its defense budget; Russia and China are increasing their influence in the region; and Iran’s nuclearization is advancing. All of these developments are independent of the Palestinian issue, the Arab–Israeli conflict, Israel’s policies and even its existence.

In 1967, Saudi Arabia welcomed Israel’s devastation of pro-Soviet Egypt and Syria, which aimed to topple the House of Saud. In 1990, Kuwait and Saudi Arabia were focused on the imminent threat posed by Saddam Hussein, but the Bush–Baker team was preoccupied with Jewish settlements in Judea and Samaria. In 2012, Saudi Arabia and most Arab countries yearn for a U.S., or Israeli, pre-emptive strike against Iran, which they consider a clear and present lethal threat. They are anti-Israel and wish its destruction, but they do not consider the Arab–Israeli conflict, or the Palestinian issue, to be their primary concerns. They understand that when smothered by a sandstorm, one should not be preoccupied with tumbleweeds.

Increased Arab confidence in the U.S. leadership necessitates that the U.S. focus on regional sandstorms such as Iran, Islamic terrorism, the Islamic threat to pro-U.S. regimes and the recent turmoil on the increasingly anti-American Arab street.

The enhancement of U.S. power and influence in the Middle East requires that the U.S. upgrade cooperation with stable, reliable, capable, democratic and unconditional allies, such as Israel. The U.S. should not subordinate such cooperation to the mediation of secondary conflicts in the Middle East. 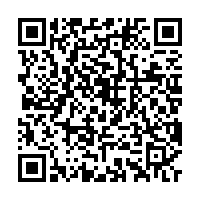