The dramatic Westernization of Muslim demographics contradicts conventional “wisdom.” It requires the re-thinking of economic, social and national security assumptions and the re-evaluation of related policy.

The Arab fertility rate in Judea and Samaria is declining faster as a derivative of modernity: urbanization (70% rural in 1967 vs. 75% urban in 2012), expanded education especially among women (most of whom complete high school and increasingly attend community colleges), enhanced career mentality and growing integration into the workforce among women (reproductive process starts later and ends earlier), all time-high median wedding age and divorce rate, minimal teen pregnancy (common in 1967 but rare in 2012), family planning and secularization.

According to How Civilizations Die by David Goldman:

“As Muslim fertility shrinks at a rate demographers have never seen before, it is converging on Europe’s low fertility… Iranian women in their 20s, who grew up with five or six siblings, will bear only one or two children during their lifetimes…. By the middle of this century, the belt of Muslim countries from Morocco to Iran will become as gray as depopulating Europe (p. x)…

Demographers have identified several different factors associated with population decline: urbanization, education and literacy…. Children in traditional societies had an economic value, as agricultural labor and as providers for elderly parents; urbanization and pension systems turned children into a cost rather than a source of income…. Dozens of new studies document the link between religious belief and fertility (p. xv)….

[An] Iranian twenty-five year old’s mother married in her teens and had several children by her mid-twenties. Her daughter has postponed family formation, or foregone it altogether, and spent her most fertile years on education and work…. World fertility has fallen by about two children per woman in the past half century – from about 4.5 children per woman to about 2.5. Fertility in the Muslim world has fallen two or three times faster than the world average (pp. 2-3)….

Across the entire Muslim world, university-educated Muslim women bear children at the same rate as their in-fecund European counterparts (p.5-6)….

The only Muslim countries where women still give birth to seven or eight children are the poorest and least literate: Mali, Niger, Somalia and Afghanistan…. Iran’s secular government under the late Shah put enormous efforts into education during the 1970s and 1980s…. Ayatollah Khomeini’s Islamic Revolution slowed but could not stop the literacy movement (p. 11)….”

Hania Zlotnik, Director, UN Population Division, stated that “In most of the Islamic world it’s amazing, the decline in fertility that has happened.” Eight of the 15 countries that experienced the biggest drop in population growth since 1980 are in the Middle East.

Goldman writes that “the only advanced country [other than the USA] to sustain high fertility rates is Israel (p. 199)….”

He criticizes Israeli leaders who based their policy on erroneous demographic assumptions:

“Israeli concessions in the first decade of the 21th century [Rabin’s Oslo, Sharon’s uprooting of Jewish communities in Gaza and Olmert’s unprecedented proposed concessions] were motivated by fear that Arab fecundity would swamp Israel’s Jewish population. In actuality, quite the opposite was occurring” (p. 200).

“Israel will have more young people than Italy or Spain, and as many as Germany, by the end of the century, if fertility remains unchanged. A century and a half after the holocaust, the Jewish State will have more military-age men, and will be able to field a larger land army, than Germany” (pp. 201-t2). 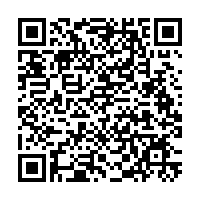