Israel Independence Day is a national holiday in Israel. This year it falls on Tuesday, April 20th and is celebrated either publicly or within the family circle. The ceremonies begin eight days earlier with Holocaust Memorial Day. One week later, we commemorate Israel’s fallen soldiers and terror victims on Memorial Day. As the sun sets, the national flag is raised from half-mast, the music begins to play, and the festivities begin in honor of Israel’s 62nd anniversary.


In Zionist religious communities, a festive Ma’ariv prayer service begins with special prayers thanking God for the establishment of the State of Israel, and concludes with the Hallel prayer. Groups in many communities gather for programs of nostalgia and Israeli songs. Peace and friendship reign throughout the country.

In the morning, after the special Israel Independence Day morning prayers, many families join together for picnics and hikes. Some families travel in search of an open piece of grass on which to set up their grills and beach chairs and sit with friends and family telling stories, playing ball and eating grilled meats.

This year, a special event is being planned for the families of the thousands of Bnei Akiva graduates who attended Camp Moshava in the USA and who came on aliyah to Israel. We plan to meet in the Neot Kedumim Nature Preserve near Modiin for a day of friendship, special events and nostalgia.

Dozens of American yeshiva students from all over Israel will serve as guides and supervisors. Shiurim are scheduled throughout the day, to be given by well-known rabbis who were former Moshava campers. Ball games, competitions and special children’s activities are planned, as are nature walks and tours in the nature preserve. It should be a very exciting day for former campers, their children, grandchildren and great- grandchildren.

The massive Machanot Moshava reunion will be celebrating the following milestones: 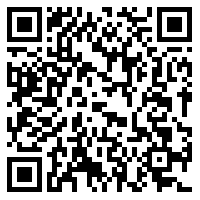