Sen. Bernie Sanders has officially entered the 2020 presidential ring – making this a good time to examine his hostile views of the Jewish state and his uninformed and false anti-Israel statements.

Below, in no particular order, are six examples of Sanders’s anti-Israel views.

Speaking to The Intercept in September 2017, Sanders was asked whether he would, as the publication phrased the question, ever “consider voting to reduce U.S. aid to Israel – worth at least $3 billion per annum – or U.S. arms sales to the Israeli military.” Sanders gave a response that ended with, “So the answer is yes.”

In a 2016 interview with Meet the Press, the Democratic candidate gave the following reply when asked about his plans for secretary of defense should he become president: “We talked to people like Jim Zogby, talked to the people on J Street, to get a broad perspective of the Middle East.”

J Street has faced mounting criticism for the policies it advocates, which many argue are harmful to the Jewish state.

And James Zogby, president of the Arab American Institute, is notoriously anti-Israel. He refers to the BDS movement as a “legitimate and moral response to Israeli policy.”

In the past, Zogby has attempted to rationalize Palestinian terrorism against Israelis, saying that he was trying to understand “why the perpetrators [of terrorist acts] acted as they did or why there are people whose anger and despair bring them to support this or that crime.” Zogby, who is of Lebanese descent, has described Hezbollah terrorists as “the Lebanese armed resistance.”

“I don’t remember the figures, but my recollection is over 10,000 innocent people were killed in Gaza,” Sanders told the NY Daily News.

Israel and the Palestinians published different figures for the death toll of Operation Protective Edge, but both put the number of dead well below 2,500, including both civilians and militants. Israel claims that 1,408 of 2,203 Palestinians killed in the war were militants. Hamas claimed more than half were civilians.

By calling Israel’s self-defense “disproportionate,” what exactly is Sanders advocating? That instead of acting to minimize the terrorist threat against its civilians, Israel should respond to every act of Palestinian terrorism with an equivalent act?

“My understanding is that a whole lot of apartment houses were leveled. Hospitals, I think, were bombed. So yeah, I do believe and I don’t think I’m alone in believing that Israel’s force was more indiscriminate than it should have been,” Sanders told the NY Daily News.

Sanders left out that the IDF bombed a wing of Gaza’s empty Al-Wafa Hospital, with the Israeli army saying the building was being used as a Hamas terrorist command center and a launching site for rockets. No casualties were reported in the bombing, and Israel first fired numerous warning shots and ensured that the building was entirely evacuated. Instead of blasting Hamas for using a hospital to house its terrorist infrastructure and a launching pad for rockets fired at Israel, Sanders mindlessly defamed the IDF.

This gem was made in the speech he would have delivered had he attended the 2016 convention of the pro-Israel lobbying group, the American Israel Public Affairs Committee (AIPAC). Sanders instead boycotted the AIPAC convention and his 2016 campaign released the text of the speech. Sanders was the only presidential candidate not to speak at AIPAC’s conference that year.

Which “despots” exactly exist on the Israeli side? Is he really comparing some members of the democratically-elected, human rights-supporting Israeli government to actual despots on the Palestinian side?

Palestinian Authority President Mahmoud Abbas has bypassed elections since 2007, ruling instead by enacting annual “emergency” decrees. His Fatah party’s official “military wing” is the Al Aqsa Martyrs Brigade terrorist group, which is responsible for scores of murderous terror attacks. And the fascist Hamas leadership, which calls for the murder of Jews and destruction of Israel, rules over a notoriously bloody tyranny in the Gaza Strip. 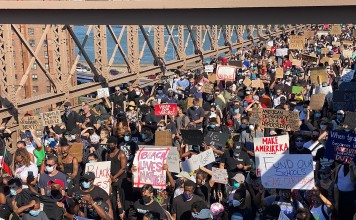 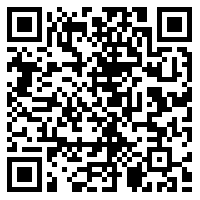