Muslims on the Temple Mount – Judaism’s holiest site – engaged in a clearly orchestrated assault on Israeli police protecting the site on the very day that Jews worldwide mourned the destruction of the First and Second Jewish Temples.

Despite the unprovoked violence from which Israeli police acted to protect themselves, Arab nations claimed that Israel was responsible for the riots and the mainstream U.S. news media painted a picture of seemingly spontaneous protests in which some 37 Muslims were injured, at least one seriously. Four Israeli police officers were wounded.

One needs to scroll down eight paragraphs to divine the reported origin of the clashes: “Large numbers of Palestinians had gathered at the gates of the compound early Sunday after rumors circulated that police would allow Jewish visitors to enter the site. The protesters chanted “Allahu Akbar” (God is greatest) and threw stones at police, who then charged into the compound while firing stun grenades and rubber-coated bullets.”

So Palestinian protesters already had stones (and other objects, according to numerous other mainstream media reports) ready to instigate clashes and the rent-a-mob “violence” began when these rioters threw stones at police, a potentially fatal assault on Israeli security forces.

To be clear, Muslims on the Temple Mount carried out a preplanned assault on Israeli forces, and those forces responded in self-defense.

After reporting on “Muslim worshipers” who “clashed with Israeli police,” the story finally allows: “Police said Muslim worshippers started throwing stones and chairs at officers who were guarding the entrance to the site… Police fired tear gas, stun grenades and rubber bullets in response.”

Without providing much context, meanwhile, the AP story amazingly reports on the so-called provocation that prompted the Muslim assault in the first place – that Jews wanted to visit their holiest site. It reported the riots came “after rumors circulated that police would allow Jewish visitors to enter the site.”

Muslims rioted Sunday because Jews dared to ascend the mount that is the site of the First and Second Jewish Temples. And this as Jews that same day practiced the annual fast day known as Tisha Ba’av, which mourns numerous major disasters in Jewish history, especially the destruction of the two Temples. Visiting the Temple Mount on that day is important to Jews.

Muslims have long sought to entirely shut down non-Muslim worship on the Temple Mount. Rejecting archeological evidence, the historical record and accepted fact, mainstream Palestinian society also claims Jews have no connection to the mount; the temples never existed; and the PA and Waqf have been caught scrubbing the mount of any traces of Jewish artifacts.

Israel allows the Jordanian-controlled Waqf to serve as custodian of the Temple Mount and grants Muslim worshippers access to the site 24 hours per day, seven days a week with the exception of rare instances of security threats.

Jewish and Christian visitors are restricted by the Waqf from visiting the Mount except on small tours for about two hours per day. The Waqf does not allow non-Muslims to pray on the Mount or bring holy objects to the site; whereas Muslim prayer is entirely unrestricted. Waqf representatives closely monitor non-Muslim visitors to the site and are known to boot those engaging in prayer.

But that’s not enough for the Waqf. The Islamic custodians especially opposes Jewish visits on Jewish holidays, which is why these riots were obviously orchestrated in a ploy to pressure Israel into shutting down the Jewish tours on Jewish holy days. 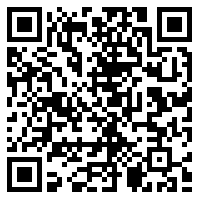